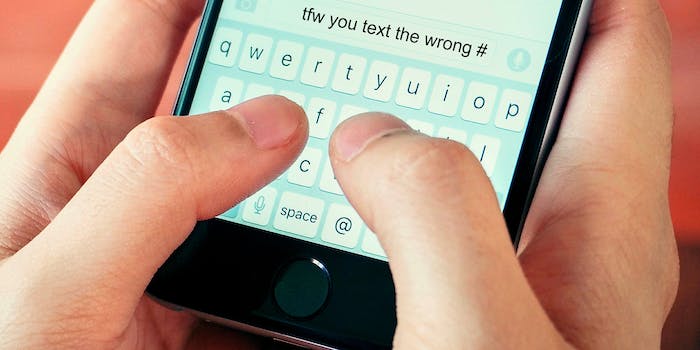 What does TFW actually mean?

That feeling when you don't know what TFW means.

What does TFW mean? It’s as much a feeling as it as an acronym. Here’s everything you need to know about TFW to use it correctly.

What does TFW mean?

TFW typically means “that feeling when,” but its exact meaning is slightly ambiguous. TFW can also stand for “that feel when” or even “the feel when.”

Usually used at the beginning of a sentence, TFW (or tfw) is used as an attempt to evoke a common feeling from your audience.

What else could TFW mean?

Some interpret TFW as “that face when” which sort of means the same thing, as in, the expression your face makes when you have a certain physical or emotional reaction. Alternatively, over on YouTube, TFW is shorthand for “thanks for watching.”

The history of TFW

TFW is thought to have evolved from the “I know that feel bro” meme which is used online to convey empathy and/or sympathy. A notable example of TFW is “tfw no gf.” This means “that feeling when you don’t have a girlfriend.” It’s common internet vernacular to replace “feeling” or “feelings” with a simple, concise “feel.”

Another common example is saying that something “gets you in your feels” or “gives you all the feels.” Translation: You’re getting really emotional, and you’re not afraid to let everyone know.

How to use TFW

1) TFW can be used to describe a physical feeling, whether it’s uncomfortable, awkward, painful, or exciting.

2) TFW is used to describe an emotional experience. This is usually an emotional reaction that has been personified with a GIF, meme, or image.

3) TFW can also be employed as a humorous way to caption images, GIFs or video.