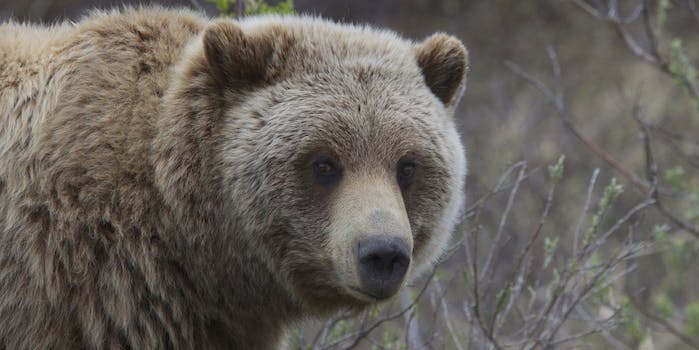 What kind of animal is most likely to kill you?

It’s a dangerous world out there, and even though we have things like terrorism, disease, and bus crashes, humans will always have an instinctual fear of being eaten alive by some wild beast.

For those of you hoping to add to this anxiety, there is a now a map that features a state-by-state breakdown of the animal most likely to cause your demise. 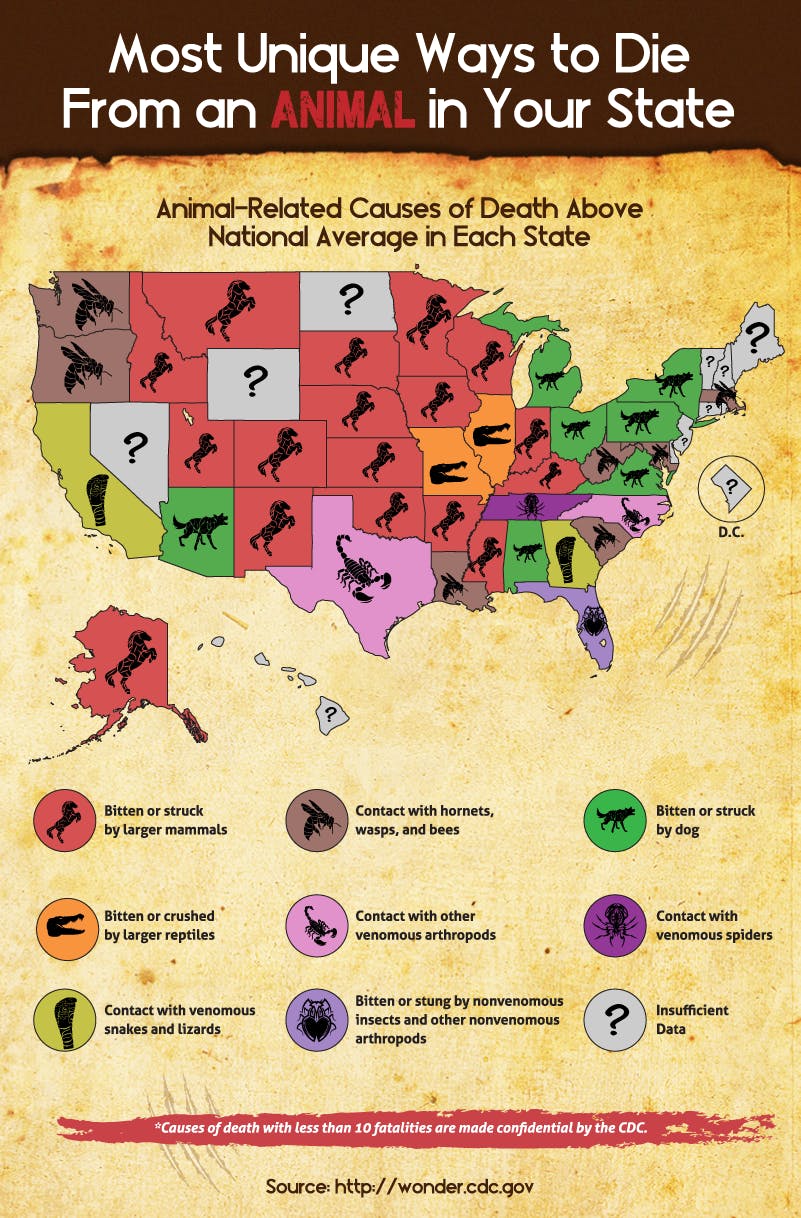 Perhaps the most surprising statistic is that if you live in the United States, it’s not snakes or bears you need to worry about, but the humble deer. 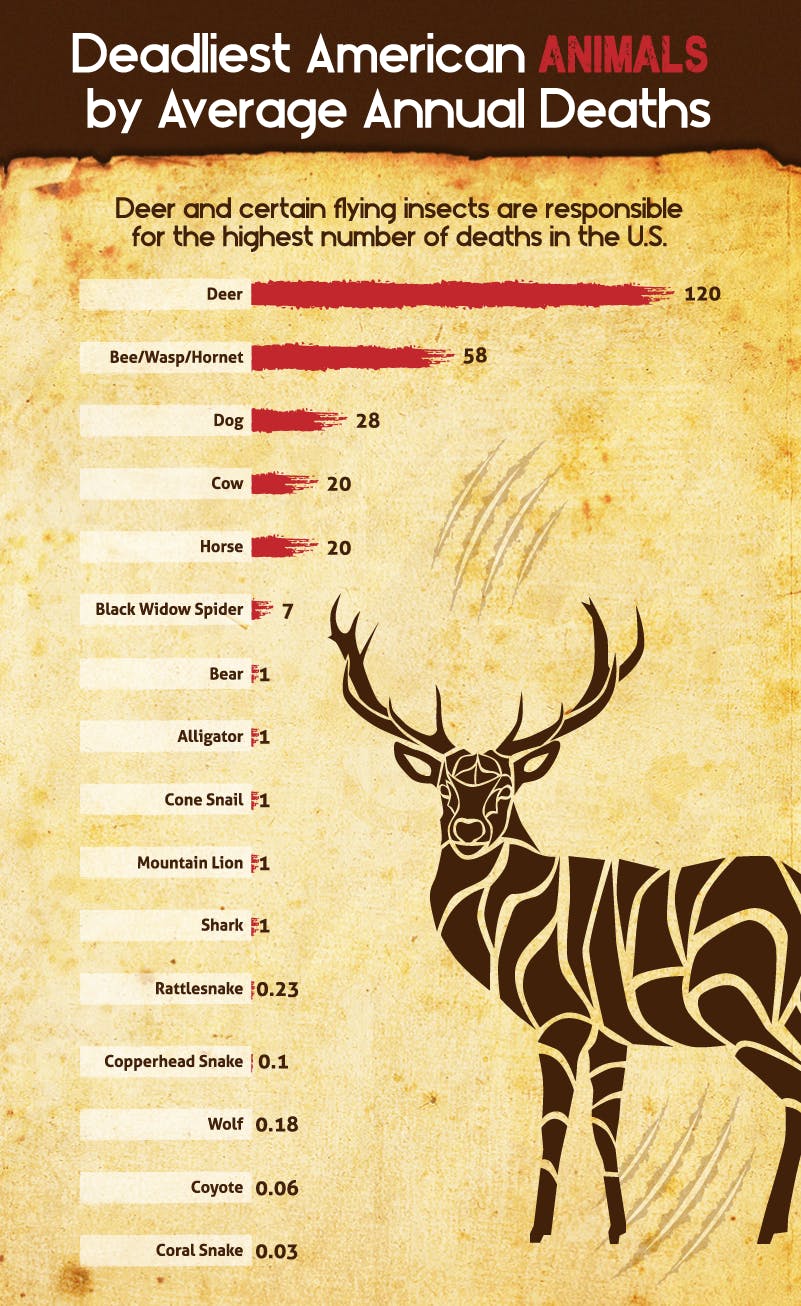 Which makes sense when you think about it. It’s not like rattlesnakes are jumping in front of people’s SUVs, and even if they were, we probably wouldn’t notice.

Maybe not surprisingly, mosquitoes are the world’s number one killer, although if it makes you feel any better, we still kill way more of them. 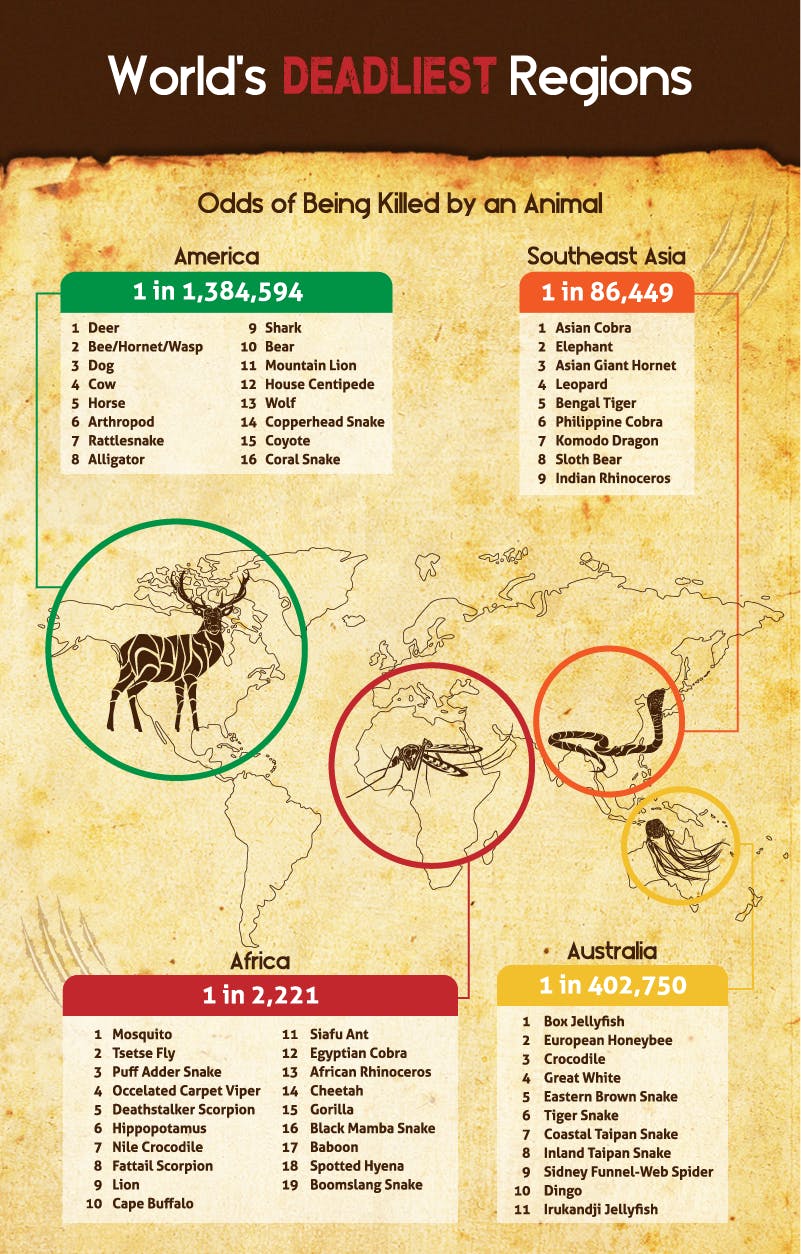 There’s a ton of other fun/terrifying information on this matter, in case you’re going camping and want to make sure you spend the whole trip afraid to leave your tent. By the way, make sure that tent is set up in a safe place. You don’t want to get crushed in the middle of the night by a falling tree limb.