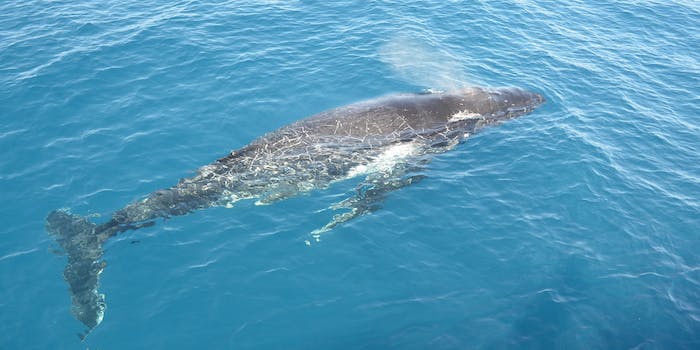 One look at this whale and you'll want to ban plastic bags.

A fisherman was doing his thing in the harbor when a whale covered in human detritus, including many plastic bags, calmly approached his boat. “It seemed like the whale was asking for help,” the video’s description reads. “So he grabbed the stuff off of the whale.”

The fisherman reported that the whale “was really inquisitive, sort of taking its eye out of the water and looking at us…it didn’t seem distressed at all.”

It’s yet another reminder of how gentle and wondrous these giant creatures can be—and how poorly we human beings treat them, their fellow denizens of the oceans, and the oceans themselves.

Photo via eGuide Travel/Flickr (CC BY 2.0)