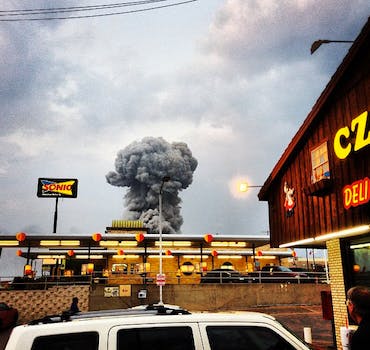 Eric Vaughan is determined to help save the West, Texas, town he holds so dear.

The Internet showed up to save those hurt and affected by the terroristic bombings at the Boston Marathon Monday. Thursday, as the tiny town of West, Texas (pop. 2,674; not to be confused with West Texas), copes with an anhydrous ammonia explosion at the West Fertilizer Company plant that killed up to 15 people and left roughly 160 injured, one solitary man has stepped up with an Internet-ready relief effort.

Eric Vaughan is a Texan, a native of nearby McKinney, a suburb of Dallas about 1:45 north of West. Struck by the news that a the fertilizer plant had exploded and brought grave damage to a town he held dear, he took to the crowdfunding site GoFundMe to create a disaster relief effort, something that could raise a little money to help those West natives in need. 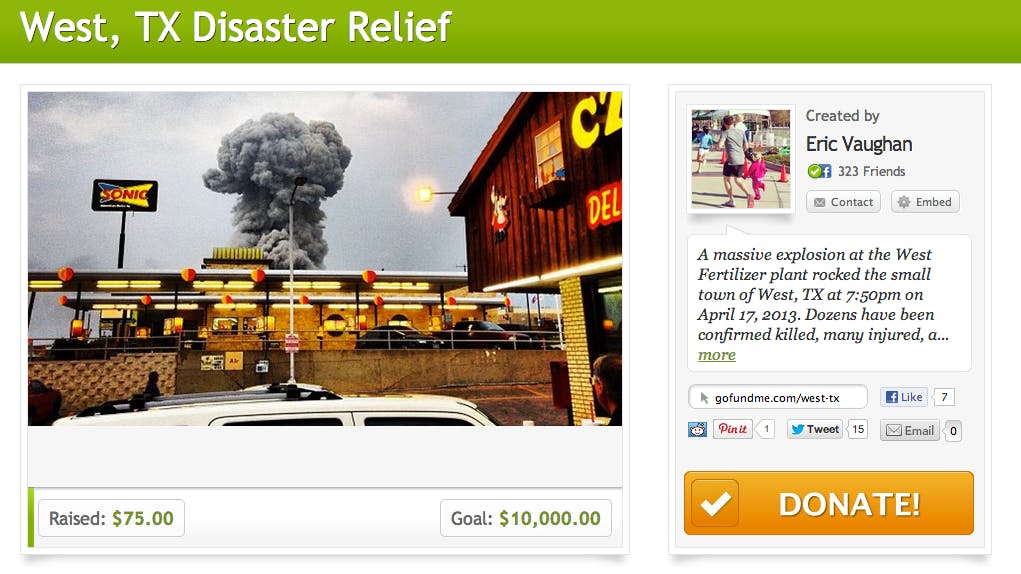 “After feeling so helpless Monday after the Boston tragedy, this tragedy hitting really close to home inspired me to get something started for the people and city of West,” he wrote on the campaign homepage. “I went to college just south of West and frequently stopped in town on my trips back to Dallas for food and to chat with a friend who owned a store in town. West has a special place in my heart and I felt like I needed to step up and help.

“We’re hoping to relieve some of the financial burden by raising funds in the city’s honor.”

Vaughan doesn’t have a clear idea about where the money’s set to go quite yet, but he wrote on the campaign’s homepage that “the best suggestion has been the Red Cross.”

“I am hoping to find somewhere that we can directly infuse donations to,” he added. “I am sure that there will be word in the coming days on where donations are needed. I am in contact with people with direct connections to West and will be working with them to find the answer to this question asap and will be updating the page as these answers come in.”

Unclear, but likely secure. GoFundMe vice president of operations Greg Smith told the Daily Dot that the site uses a number of verification methods—Facebook accounts, direct contact information, “and a whole slew of other things”—to ensure that those creating accounts are held responsible for their proper donations.

“We have a lot of experience with this, as I’m sure you’re well aware,” he wrote. “This week in particular with the Boston Marathon. We’ll be reaching out to the page creator and doing all we can to ensure that the page is legitimate. If we do not get a response we like, we refund donations and terminate the account.”

He added that those refunds would come through the page creator’s WePay account should they need to be enforced.

Hopefully none of that needs to happen. More than 75 homes are damaged. More than 160 are injured. Up to 15 people may be dead. West, Texas, needs some help—help that the Internet knows how to offer.