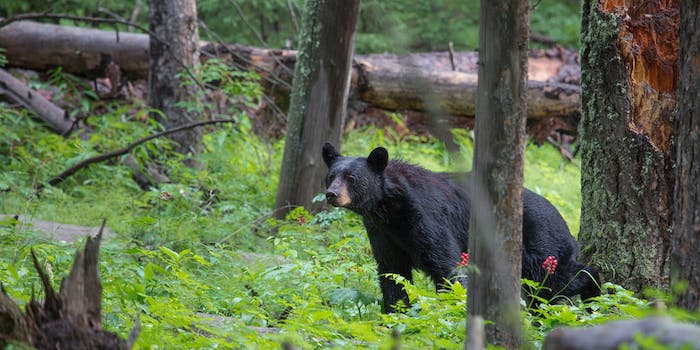 Don't take a photo of a bear in the woods.

West Milford Police released the photos that a New Jersey hiker took of a bear before it killed him.

Darsh Patel, a 22-year-old Rutgers student, was hiking in West Milford’s Apshawa Preserve with his friends on Sept. 21 when they encountered the 300-lb. bear about 300 feet away. Patel took five photos of the bear while one of his friends took a sixth picture, which were all taken approximately 100 feet away, according to Chief Timothy Storbeck.

The bear soon approached the hikers, and at that point they split off in different directions. The last time Patel’s friends saw him, he had lost his shoe and told his friends to continue running. The friends called police where they found Patel’s body. Police later found Patel’s phone, which had puncture marks on it from the bear.

The bear, who police said showed “stalking type behavior,” was euthanized. An autopsy determined that the bear killed Patel and it had human remains in its stomach.

The photos had were previously kept under wraps until NJ.com filed an Open Public Records Act request.