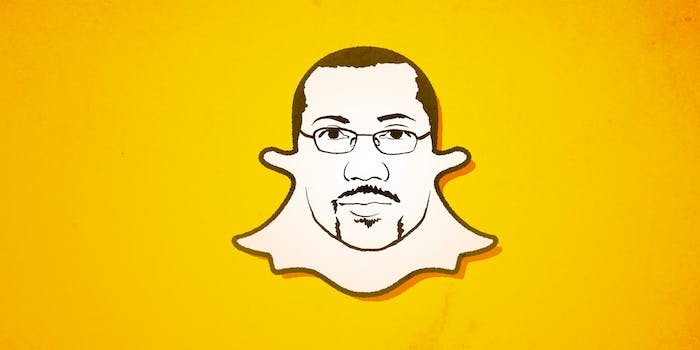 Wesley Snipes, star of White Men Can’t Jump and Demolition Man, is fairly up to date on social media for a man who spent three years in prison on a tax evasion charge. He’s on Twitter, he’s on Instagram, and yet…

What's the big hype about snapchat?

Oh man. Why is it so funny to imagine Blade, the daywalking vampire killer, on Snapchat? I don’t know, but I can’t be alone in laughing. Anyway, Snipes’ Twitter followers weren’t all that helpful on the subject.

Big Wes, what advice do you have for the children who use the perverted Snapchat?

— What was fermented fish compared to curdled milk? (@carrotplush) July 21, 2016

You are better off using Pokemon Go

make a snapchat and post videos of your workouts.

All good answers, in their way, but we’re leaving out some of the photo-and-video-sharing app’s major points of appeal. Snapchat is great for:

So who the hell are you to refuse, Wesley? Are you afraid, as a ’90s action icon, that you can’t hang with the teens anymore? If nothing else…

On second thought, maybe vampires don’t even appear in selfies.