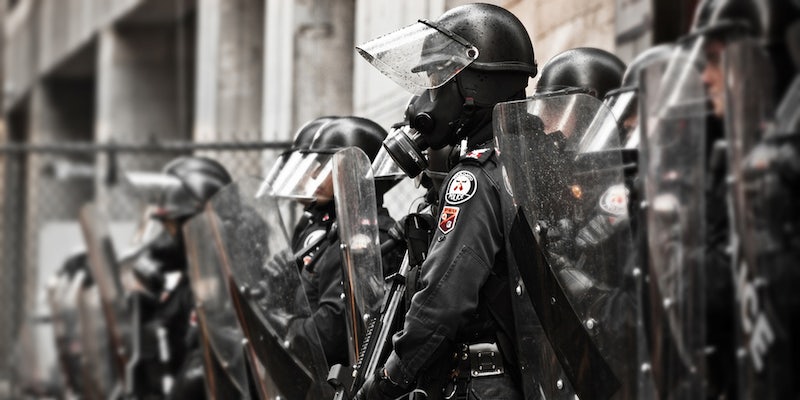 “I have little patience for talking heads. This is too important.”

Lowery and Reilly were in a McDonald’s charging their phones and filing stories when police told them to leave. The two reporters livetweeted their arrest and filmed the cops as they spoke with them, an action that is legal in all 50 states. The two were soon released, but it’s sparked massive outrage on Twitter, largely with other members of the media.

Lowery later wrote about the experience for the Washington Post, describing it in detail, while Executive Editor Martin D. Baron said that “there was absolutely no justification for his arrest.”

On Thursday’s Morning Joe, Scarborough spoke about the arrests from the previous night, and while for him, there were still many unanswered questions about the events, he would’ve done things a lot different than Lowery and Reilly.

“I don’t sit there and have a debate and film the police officer, unless I want to get on TV and have people talk about me the next day,” he added.

Both reporters have talked to the cable news circuit after being released by police, but after hearing what Scarborough said during an interview with CNN, Lowery called him out and invited him to come down to Ferguson to find out what’s actually going on and to “get out of 30 Rock where he’s sitting and sipping his Starbucks smugly.”

“There’s so much happening here, and instead of putting more reporters on the ground we have people like Joe Scarborough running their mouth and have no idea what they’re talking about,” he said.

After his appearance, Lowery wasn’t done. He took to Twitter and sent a message to everyone speculating about any possible motives.

Talking heads: if you want to ask theoretical questions/speculate about what I did/should of done, feel free to call me first #journalism

You have “questions” about arrests and scene in the McDonalds, @DLoesch & @JoeNBC? Then call me and ask em. I’m not hard to find.

In which someone not here in Ferguson yet wildly speculating to 222k people subtweet lectures me on “journalism” https://t.co/BiXW9HxZCA