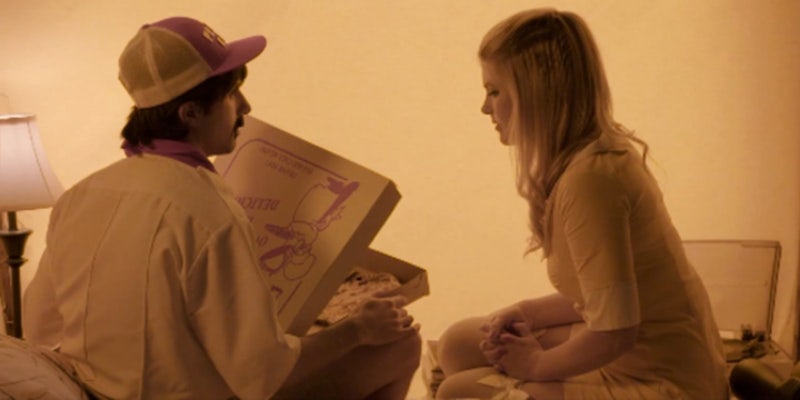 The "pizza guy" trope has never looked so adorable.

Can you remember the last time you saw a sex scene in a Wes Anderson film?

It would be adorable, of course. Nacho Punch took the cliched “pizza guy” trope and imagined what an Anderson film would look like with a hardcore sex scene. The actual sex part gets overshadowed by all the talking and lead up, just like real life. There’s no money shot, but if there was, it would have likely included rare Peruvian banknotes.