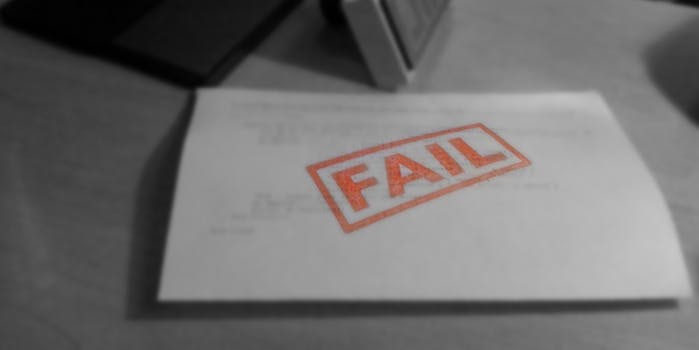 The FCC’s Net Neutrality report is a bust

The FCC’s highly anticipated Net Neutrality report has just been released. The conclusion, three years in? Nothing.

Nearly three years after the FCC issued its Net Neutrality order and a year after it formed a special committee to investigate especially complicated problems, the FCC’s highly anticipated Open Internet Advisory Committee report is in. The report’s conclusion, three years in? Nothing. Nothing has been done to gather the type of information that might help the organization resolve any of those complicated problems like data caps.

It should come as no surprise to the FCC—or anyone who has been paying attention to (or using) the Internet—that data caps are a big deal getting even bigger. But the FCC has consistently refused to ask even the most basic questions about how data caps are administered, let alone take steps to prevent them from being abused.

In 2011, Public Knowledge and our allies sent a pair of letters to then-FCC Chairman Genachowski urging the Commission to start collecting simple data on how data caps were implemented.  We were not asking for top-secret information, but rather fundamental, basic information: What is the purpose of data caps? How do you set them? Once you have set them, do you evaluate how well they are achieving their purpose? Is there a mechanism in place to adjust them over time?

With no response from the FCC, we went directly to the CEOs of major ISPs and wireless carriers to ask them the same thing. We also released two reports raising concerns about data caps and urging the FCC to take steps to better understand their usage and impact. 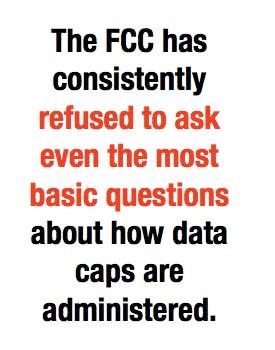 As the report makes abundantly clear, today we are no closer to real answers on data caps today than we were in 2010, when the FCC released its Net Neutrality order; in 2011, when we asked the FCC to take a closer look at data caps; or 2012, when the FCC finally organized the Open Internet Advisory Committee.

Over and over, the report’s findings indicate a lack of data, standards, evidence, and information. In fact, sprinkled throughout the report are phrases such as, “lack of definitive data,” “no definitive standard,” “these questions require more information,” and “questions cannot be answered because there is no quantitative evidence”—not-so-subtle hints that the FCC perhaps needs to get its act together.

The result should surprise no one. In the absence of any actual information, yes, the report does a yeoman’s job of laying out each side’s position. But it leaves us with no way to evaluate those positions. We are no closer to understanding if data caps are, at best, the innocent, collateral-damage-free pricing structure that ISPs claim they are; or at worst, an anticompetitive way to gouge customers and position ISPs as the arbiters of what we can and cannot do online. 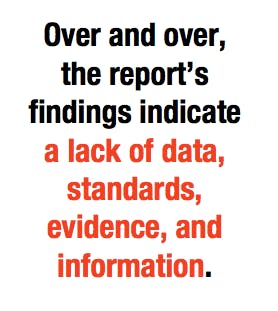 These shortcomings are not the fault of the committee. They did a good job with the information they had, and the interests that were represented. And the report does make at least one important point: It adds yet another nail to the long-closed coffin of the idea that monthly data caps are somehow a reasonable way to control momentary network congestion. That point is already obvious to anyone who has been paying attention (why would reducing early morning data backups have any impact on evening network congestion?), but it’s good to see it affirmed.

The true fault of the report’s failings lies squarely with the FCC. For at least three years, they have declined to gather the most basic of information about data caps. They could have asked ISPs why caps were imposed; how they were evaluated; how caps might evolve over time. Instead, it has done nothing.

The issues have already been outlined, viewpoints have been explained repeatedly, questions have been listed again and again. This report only does that one more time—a late comer to the party telling jokes everyone has heard before. What has not happened is the next step: advancing the debate. If the FCC wants to be taken seriously, it must gather—and make public—real information.

Michael Weinberg is a vice president at Public Knowledge, a digital advocacy group in Washington, D.C. He focuses primarily on issues that impact the ability of the public to use the Internet and emerging technologies such as 3-D printing and open source hardware.