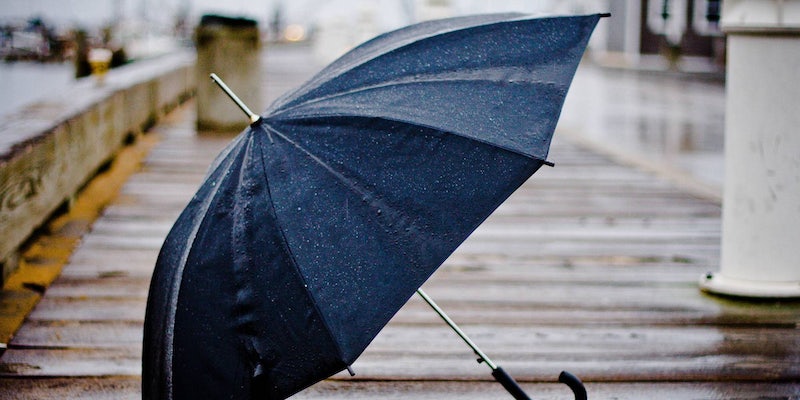 How can scorching burns and snow BOTH be in the forecast?

The internet loves a good burn, especially, for some reason, if it’s parent to child. Maybe it’s just the idea of messing with the one person who’s supposed to trust you implicitly? Maybe it’s frustrated parents who enjoy seeing the little bastards get a little comeuppance. Who’s to say? The point is we all love it.

Weatherman Chris Holcomb got in a little dig at his daughter on Thursday when, right after he got done telling the viewing public of Atlanta to expect snow, she texted to let him know that her weather app disagreed. Holcomb responded that maybe the app could pay for her college tuition. As far as burns go, it’s a C+ at best,  but the fact that his daughter would take the word of some phone app over the measured prediction of a trained meteorologist, who is also her own father, really puts it over the top.

Text from my daughter. pic.twitter.com/LuC72xf05D

Fellow weathermen were quick to voice their support.

@ChrisHolcomb @MichaelRLowry AI have to smile and shake my head at the same time.

Don’t feel too bad for his daughter, by the way. “She thought it was funny,” Holcomb said on the NBC affiliate’s official website. “That’s just a typical banter that we have. College is a big subject around our house right now.  She is a senior in high school.”

Here’s a video of Holcomb explaining the whole thing:

And just for the record: It totally snowed (just not as much as he predicted).