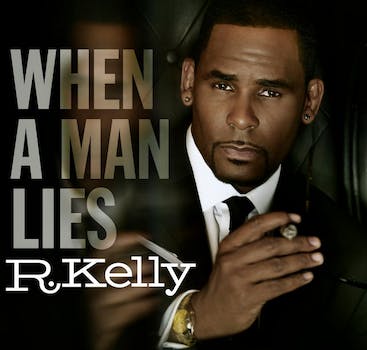 The White House's We the People petition site turned into a barrage of unsuccessful demands from Americans whose collective sanity is questionable at best. Here's proof.

It is time that we, as Americans, put all of our petty—and even major—differences aside and band together for a cause that can truly make our country great: to decree May 20 as Macho Man Randy Savage Day.

The push to commemorate the day on which we lost the beloved wrestler and Slim Jim spokesperson is one of the latest petitions hoping to attract an official response from the White House. With over 95,000 signatures still necessary to force recognition from the Obama administration, it looks like yet another year will come and go with no formal acknowledgment of Macho Man Randy Savage.

When it began its We the People petition site in 2011, the White House hoped to display its transparency and create united dialogue on issues important to U.S. citizens. What the petition site instead wound up with was a barrage of largely unsuccessful demands from Americans whose collective sanity (and grasp of simple spelling and grammar) is questionable at best. The same thing happened with public access television.

So far, Americans have petitioned the White House to build a Death Star, mandate official state Pokémon, and deport Piers Morgan. In some cases, the White House was forced to respond.

We trawled through the many petitions that are currently open for consideration and mined out some of the more memorable entries. Keep in mind that the following demands for new federal policies were made after the January 2013 stipulation that a petition receive at least 100,000 signatures in 30 days to force a response.

“Convert at Least One (1) National Park Into a Dinosaur Clone Park”
1,100+ signatures

The United States is overflowing with National Parks and they sadly have contained the same boring aspects for years: surly park rangers, protected wildlife, litter, etc. Why not designate some of that wide-open space to a real-life Jurassic Park? Instead of having a camping trip merely ruined by something benign, like a black bear, you could instead bask in the excitement that comes with a prehistoric, undead lizard outright flattening you and most of the surrounding county with a single stomp.

“Institute an industry-wide return policy for video games that rely on remote servers and DRM to function properly.”
2,600+ signatures

For far too long, the U.S. has busied itself fretting over minor issues like foreign policy and upholding the Constitution. They should instead put such nonsense aside and focus on one of the key problems plaguing our society: video games whose total functionalities rely on remote servers and DRM. Citing the recent release of SimCity as a glaring example of this issue, this petition hopes to strengthen the role of the American consumer as it continues to battle the ruthless video game industry.

Picture the scene: You are at a baseball game. After the players have entered the field, the ceremonial removal of hats commences and everyone turns their attention to the American flag, brought to them by the Jumbotron. Placing their hands on their hearts, they sing (or, more appropriately, murmur), in unison, those familiar lyrics which have come to truly define what it means to be a proud American:

Who’s behind this petition, you ask? We talked with him. How could we not?

“Admit that these petitions are just going to be ignored.”
3,800+ signatures

What would any online petition site be without the occasional meta petition? With the country’s officials seemingly blind to Americans’ online demands for gun control, lower taxes, and dinosaur parks, one petition aims for an official acknowledgement of that fact.

“Officially classify the LAPD as a domestic terrorist organization”
1,600+ signatures

Many citizens were upset about the final moments of Christopher Dorner’s life. Dorner, a fired LAPD officer who was wanted for deadly attacks on his former colleagues and their families, fled to a remote cabin in the San Bernardino Mountains. During a tense standoff, officers burned the cabin–and Dorner–to the ground.

While neither Dorner nor the LAPD displayed the highest degree of humanitarian standards during the ordeal, it may be just a tad hasty to have the police department of America’s second-largest city immediately classified as a domestic terrorist organization.

People must really miss that lost hour of sleep every March.

Residents obviously living outside of Hawaii and Arizona have, in two separate petitions, called for the government to officially end Daylight Savings Time. “End Daylight Savings” in particular ends on the truly patriotic call of “It’s time to liberate our great nation from the bi-annual annoyance of setting our re-setting our clocks.”