Are we ever gonna be better than this?

Spoiler Alert: I give away major the plot points of this movie. You aren’t going to see it anyway, so it doesn’t matter. Namaste.

After turning in one too many articles late, my editor Miles decided to punish me by sending me to review We Are Your Friends, a new movie that stars Zac Efron as an up-and-coming EDM DJ. The film has it all: drugs, sex, hot girls, and—of course—straight white dudes expressing their feelings through physical violence and adultery.

But apparently the general public is not down for that kind of shit these days, because the movie brought in a mere $1.8 million on its opening weekend, making it the third-worst wide-release opening in box office history. That came as good news to Deadmau5, at least, who found his faith in the masses and music restored.

For visual representation of a Hollywood failure this massive, one must turn to this sad photo of Efron’s grandparents, presumably the only ones who made it out to opening night. They’re real troopers.

Days later, I stepped up to the box office to purchase tickets for myself and my colleague/friend Feliks, who charitably agreed to join me on the condition that I smoke him out beforehand and not hog the Nestlé Buncha Crunch. My ego was immediately bruised when the box office attendant carded me. I am a 12-year-old-looking adult who gets carded for R-rated movies. I must accept this about myself. Self-love. This is an actual picture of me taken hours before I saw We Are Your Friends. Do you think I deserved to get carded for the movie? Yeah, probably.

We Are Your Friends was hidden away in the basement of the theater, as if Loews was somehow (rightly) ashamed. As we descended the stairs, I said to Feliks, “We are entering into the first circle of hell.” Feliks laughed. I added, “I gotta use that in the article.”

Aside from the two of us, there were maybe six other people in the theater. I wondered what their stories were—why they decided to spend $14.29 to see a critically-panned box office bomb late on a Wednesday night. Was it so they’d have something to make fun of, or were they were really into EDM? Life, I mused stonedly, is full of mysteries.

After 20 wonderful minutes of thrilling trailers, the film began with a shot of Zac Efron as a 23-year-old named DJ Cole Carter, hunched over his laptop, making some “sick” beats. Cut to montage of Cole and his friends clubbing hard all over L.A., selling Molly and coke, picking up chicks, getting bottles. Cole’s friends? They’re in it for the party. But Cole, oh Cole, Cole is just about the music.

Cole’s sleazy bald friend espouses his life philosophy: “99 percent of people are looking for a party.” He pauses dramatically. “The other 1 percent are the party.” Later, Cole’s friend who wears a leather jacket says to their crew: “Do you wanna make money? Or do you wanna live and die in the Valley?”

Die. The answer is that I want all of them to die.

The rest of the movie goes like this: Cole is mentored in the art of DJing by the plastic bag guy from American Beauty, who is an older alcoholic sellout. He falls for plastic bag guy’s girlfriend/assistant, the hot girl from the “Blurred Lines” music video. Drama ensues. Zac Efron does PCP and in an effort to show the audience how crazy his trip is, the film briefly enters into Waking Life-style animation.

“Blurred Lines” girl is the only female character in the movie, and I think it’s generous to call her a character, considering she is only there to be the hot. Apparently she went to Stanford, but there are zero indications of her intelligence or general human being status. She is really hot, though, and she jams out hard to EDM. I also don’t think there are any people of color who have speaking roles in this film. Good job Hollywood! Thanks for sticking to the status quo! 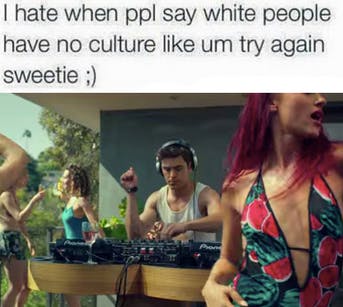 We Are Your Friends treats EDM as an art form that has as much value as other, better forms of music (i.e. literally any other type of music). At one point, Zac Efron launches into a contrived monologue about how making the perfect EDM song is about beats-per-minute and controlling the energy of the party. Accompanied by trite graphics, Efron explains that you have to get the partygoers’ heartbeats up to 128 BPM.

The film is an embodiment of Straight White Boys Texting, of the ubiquitous “fuckboy.” It is largely uncritical of the homogeneity of the EDM scene. Not a single female DJ is seen throughout the movie. People of color serve as extras to assure the viewer that Efron is cool. The only thing that matters is Efron’s commitment to making beats.

At one point, Cole’s mentor says to him, “Get your head out of that laptop and start listening to what the real world is trying to tell you.” If only the director could have given the real world a voice. We would have responded, “Shut. Up.”

The movie gets “deep” when the only likeable character, Efron’s scrawny friend Squirrel, dies of an accidental overdose. Perhaps I overidentified with Squirrel throughout the movie because, like me, he is in his twenties and looks like he is twelve: 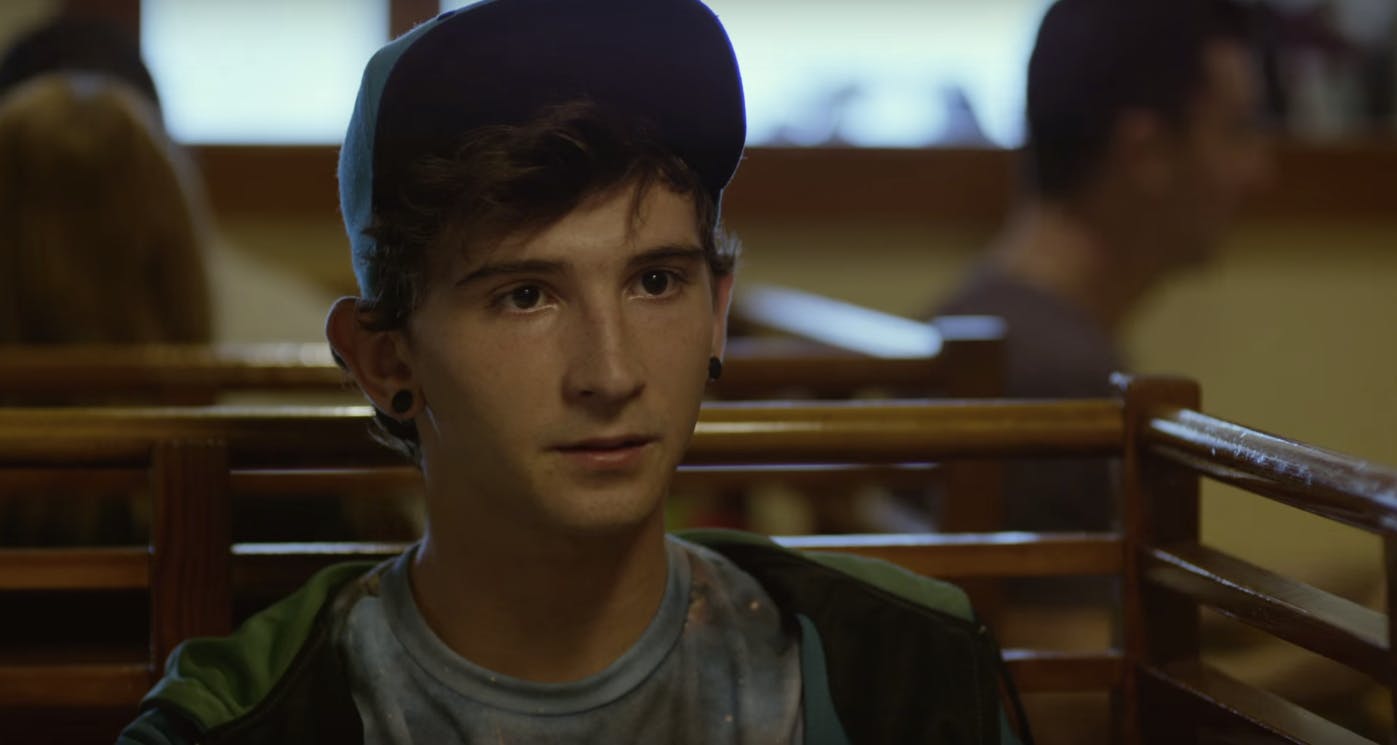 Squirrel’s death, of course, triggers Efron to redeem himself. He has an artistic breakthrough when he realizes he needs to use sounds from “the real world” in his music. As plays his new song at a huge EDM festival, he emotionally screams to the crowd: “ARE WE EVER GONNA BE BETTER THAN THIS?” which is something Squirrel said earlier in the film.

Are we ever gonna be better than this? God, I hope so.

The fucked up thing is that I actually enjoyed the movie, and so did Feliks. It was for sure a hate-watch, a piece of cinema so offensively inoffensive and so humorously predictable that it was actually engaging.

After it was finally over—at 96 minutes, it felt like at least two hours—Feliks and I asked our fellow moviegoers why the heck they came out to see it. “Because we heard it was really bad,” a man wearing Dov Charney-esque glasses told me. “And we were bored and curious.”