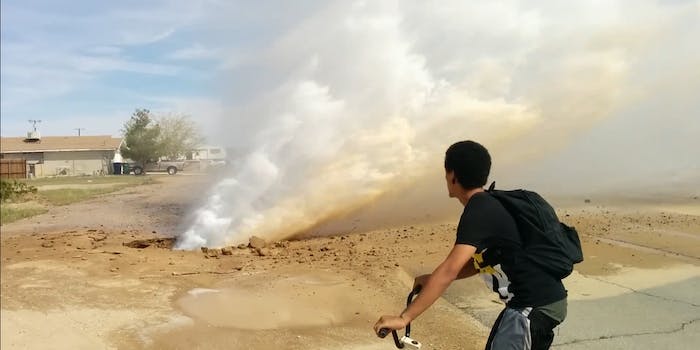 Looks like someone will have their water shut off for a while.

Nothing to worry about here, just a massive amount of water exploding out of the ground.

A passerby caught footage of this water-main blowout in an unknown city, where a geyser of water is bursting out of the earth like something from a disaster movie.

We hope someone fixes it soon, because anyone living in that arid climate surely needs all the water they can get. One thing’s for sure: whoever lives in that nearby house will have to find somewhere else to shower for the next few days.