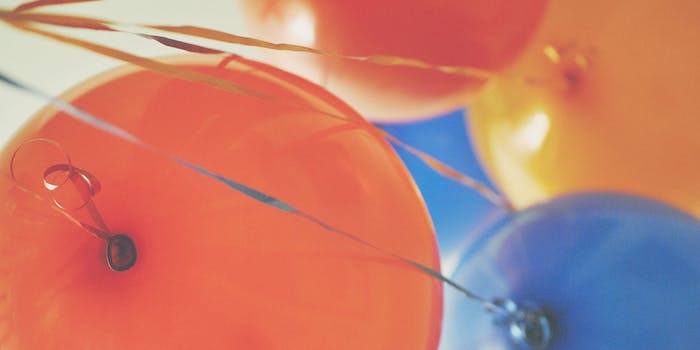 Was I a teenage sexual predator?

We were on a dirt road in the cotton fields, sitting in the back of his Plymouth. It had been my idea to stop and look at the sky, but it wasn’t coming off like a sneaky move now, because the moon was full and bright and gorgeous. I’d been playing along, but I wished he would make his move. This was the part that was always kind of boring. He was nice, though, and good-looking, maybe around 35.

Everything went as planned, and he got me home on time, so no one suspected anything. But he was a lot more nervous about it than I was.

And that was the routine during my teenage years. I had given up trying to mess around with other boys, because it took forever to talk them into anything, and I didn’t want them to freak out about it. So I got involved in community theater productions during the summer, playing bit parts or working the spotlight, just to be in the company of gay men. Then it was just a matter of getting some time alone with them.

People tell me that the criminal ramifications most certainly occur to them. They say I was molested or abused, and that it was the very definition of the word “statutory.” They say I was dealing with adults who had the capacity to know better. And, most bruising to my ego, they tell me that my seductive charms were irrelevant, and that perhaps it was the adults who were doing the manipulating.

Now, 40 years later, I wonder if my teenage memories are trustworthy, and if it set the stage for an adulthood in ways I’ve failed to acknowledge. Before I became a man, before the failed relationships and the sexual compulsions and the drug addiction, there was an adolescent who traveled side roads with strangers and took dangerous walks in public parks. And it is that boy, not the legion of adults I encountered, who fascinates and saddens me.

Was my fate sealed in the cotton fields of Louisiana?

The men I coaxed to those dusty roads aren’t villainous to me, and I still can’t allow them to be left dangling in guilt and shame. I won’t reduce them to simple pathology.

I met Jim in August, right before my freshman year in high school. The summer musical was 1776, and I was a stagehand. It was practically an all-male cast, so it was a busy summer. After a matinée performance one afternoon, I asked Jim for a ride to a pool party that someone was throwing for the cast and crew. Once inside his car, I told him I’d forgotten my bathing suit and asked if we could stop at his place so that I could borrow one. What followed was a pitiful half-naked fashion show in his bedroom and a brief, awkward encounter between us.

Afterwards, I happily got back in the car, but Jim wasn’t talking much. He had become really quiet as soon as we were done. We had driven a few blocks when Jim let out a kind of cough, like he was trying to stifle something and it burst out anyway. I looked over, and his whole face was wet.

“What’s wrong?” I asked. I had seen men in some personal situations, but I had never seen one cry.

He pulled the car over and turned it off. Suddenly, everything felt quiet and important.

“What is it?” I asked in a careful voice. “Am I in trouble?” He was searching the car console for something and found a packet of Kleenex. He held it in his lap and started to speak while he opened it.

His mathematics meant nothing to me. His expression toward me, though, sad and quizzical, felt like he was trying to read my mind. It made me uncomfortable. I didn’t know what he wanted. I sat there and said nothing.

He turned away and gulped back more tears. And then he asked the most mysterious question of all. “Don’t you just want to be 15, Mark?”

I had no idea what the man was talking about. I sat staring at him with my mouth open. I was completely stumped. Seconds went by, and the car was silent.

My confusion seemed to disappoint him, because he shook his head slowly and looked back out the window. He was still very upset.

He wasn’t simply crying out of guilt, they tell me now. They insist that he was deflecting his own criminal behavior by blaming me for not acting my age. They tell me that he was the one who had trapped me and I didn’t even know it.

Whatever the case, I think Jim got more than he bargained for. I think he was a little frightened by the manipulative and unemotional 15-year-old sitting in his car that afternoon. And I think it saddened him because he cared about me.

And yes, I felt trapped, all right, if only because I felt trapped in his car in this moment, where things were not going as I’d planned, because after 10 minutes we were still parked on the side of the road, and Jim wouldn’t stop crying. I was staring at my shoelaces, because I couldn’t imagine that a grown guy would want anyone to see him like this. He must have been so embarrassed. And I wished he would start the car, because the party was going on, and there were probably lots of people having fun around the pool, and I really wanted to be there.

I finally looked over at him, and he was blowing his nose. Maybe that means we’ll get moving again, I was thinking. Jim didn’t say anything else, but he did finally turn the ignition, and the car rumbled to a start.

I was so relieved. I really wanted to see what was happening at the party.

Mark S. King has written about living with HIV since testing positive when the test became publicly available in 1985. His blog, www.MyFabulousDisease.com, chronicles his life as an HIV positive gay man in recovery from addiction. He is also the author of A Place Like This, his memoir of life in Los Angeles during the dawn of the AIDS epidemic. This article was originally featured on the Huffington Post and reposted with permission.