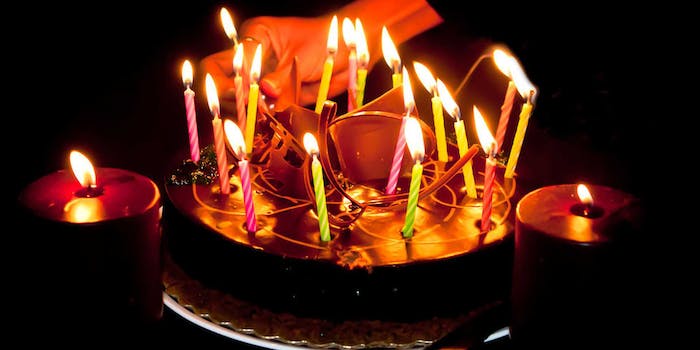 Warner Bros. is finally going to court for claiming the copyright on “Happy Birthday to You.”

It’s thanks to a documentary called Good Morning to All, which focuses on the song’s convoluted history. In the process of making the movie, Warner Bros. threatened the filmmakers with a $150,000 lawsuit if they didn’t cough up a $1,500 licensing fee to include “Happy Birthday.”

“Happy Birthday” is one of the most popular songs in the world, and its roots stretch back more than a century. Common sense would argue, its copyright should have long expired into the public domain. Sisters Mildred and Patty Hill composed the melody, which they named “Good Morning to All” (hence the documentary’s name), in the late 19th century. They sold its rights, along with their entire songbook, to a man named Clayton Summy in 1893. Summy filed a copyright that same year.

That Warner Bros. is being sued for false copyright claims is ironic, considering how strictly and frequently it tries to enforce its copyright on the Internet. The company has, in recent months, moved to have Google censor the file locker site Mega. In 2012, it even tried to claim copyright on a Batman-related hashtag. And its parent company, Time Warner, is a founding member of the Copyright Alert System (CAS), the broadest online copyright enforcement scheme in Internet history.

Warner Bros. hasn’t yet responded to the suit, but it doesn’t look good for the corporation. As George Washington University law professor Robert Brauneis has written, it generates about $2 million a year for Warner Bros., but “is almost certainly no longer under copyright.”