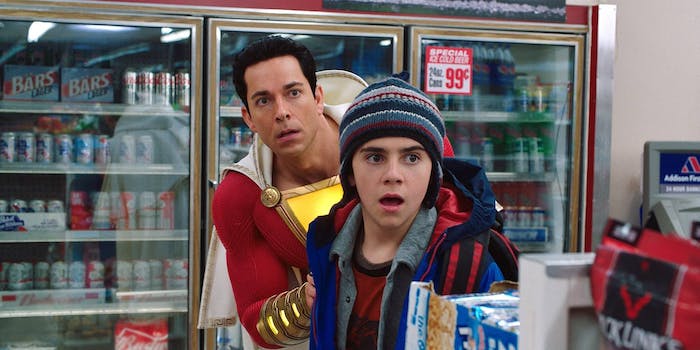 Warner Bros. already pushed back the release date of Wonder Woman 1984 to August last month due to the coronavirus pandemic, and now three more DC Comics films are following suit as part of a wider shift in the Warner Bros. release schedule.

The Batman—Matt Reeves’ new Batman film starring Robert Pattinson as the Caped Crusader—was in the midst of filming in the U.K. when COVID-19 led to production being shut down. While it was initially set to debut in theaters on June 25, 2021, the release date has been pushed back several months to Oct. 1, 2021.

The delay on The Batman is also pushing back the release dates of the Shazam! sequel from April 1, 2022 to Nov. 4, 2022 while The Flash, a film that has been stuck in production hell for several years and changed directors multiple times, has been bumped up a month from July 1, 2022 to June 3, 2022. The Suicide Squad, James Gunn’s sequel to the 2016 film, is still scheduled for release on Aug. 6, 2021, and as of last week, Gunn didn’t think that the release date would be affected by COVID-19.

For now, the only major Warner Bros. film that has yet to change its release date is the upcoming Christopher Nolan film Tenet, which is still scheduled for a July 17 release. In light of COVID-19 leading to the shutdown of most movie theaters, studios have largely halted or delayed releasing films theatrically.

The decision to push back DC Comics’ theatrical slate follows in the footsteps of Marvel pushing back the release of Black Widow, which was supposed to originally be released next month, to November and shifting several other release dates by several months.