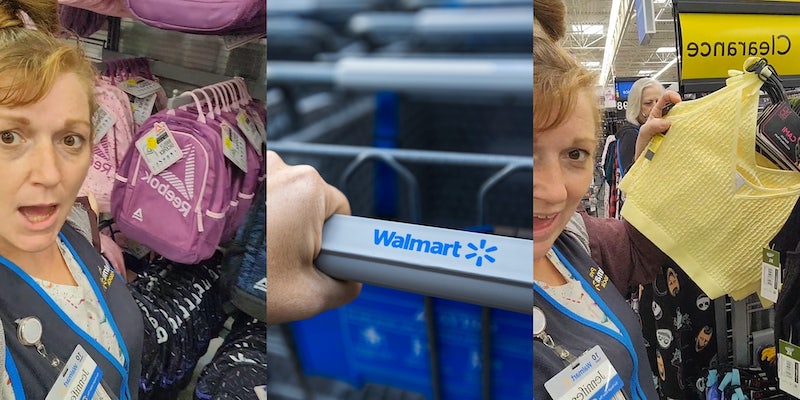 'She definitely deserves a check & a raise. This is a whole commercial'

A Walmart employee has garnered a fanbase on TikTok after posting a unique promotional video for the company’s Black Friday sale.

In a video with over 2.3 million views, a TikTok user named Jennifer (@redhead_peliroja) films herself walking around the store, enthusiastically advertising all the upcoming discounts.

At the beginning of the video, she says: “Hey folks, come on down. You know what today is? The first day of Black Friday, but on a Wednesday; don’t ask me why it’s called Black Friday but it’s on a Wednesday”.

As she walks through the aisles, she points towards various items like towels, mirrors, backpacks, slippers, and even unicorn and Baby Yoda onesies, showing off their “yellow tag” discounts.

The video quickly went viral as viewers took a liking to Jennifer’s lively personality. In the comment section, many demanded that Walmart give her a raise.

“I DEMAND that this precious SUNBEAM gets a raise NOW,” one commenter wrote.

“Walmart need to pay her a bonus for advertisement! I’m ready to go shopping for some yellow deals,” another commented.

“Are they paying you? bc this is their best ad to date,” a third commenter claimed.

One commenter even tagged Walmart in their reply. They wrote: “@Walmart she definitely deserves a check & a raise. This is a whole commercial.”

Jeniffer posted another video promoting the Black Friday sale that also gained widespread attention. She later posted a clip of her lip-syncing to a song in her car with overlay text reads, “when [you’re] pumped about all your new followers.”

The Daily Dot has reached out to Jennifer via TikTok comment and to Walmart via press email.