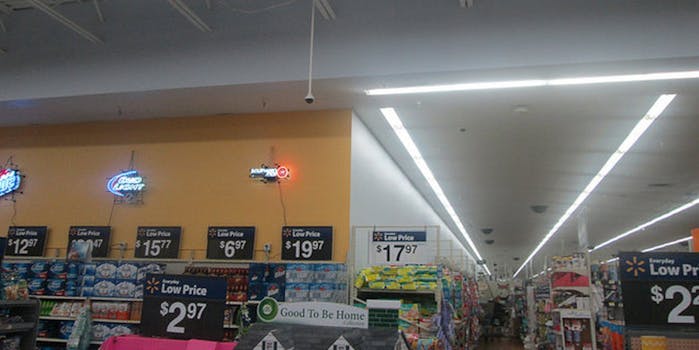 Dude makes the craziest escape after getting nabbed for shoplifting

That's certainly one way to do it.

There are individuals who, when confronted by store security for stealing, will just give up and wait for the cops to arrive. Others simply say, “Not today.”

It’s the second variety of lawbreaker who stunned customers of a Mobile, Ala., Walmart, with unorthodox escape. The young man allegedly shoplifted several articles of clothing and swiped someone’s debit card. At first he tussled a with loss-prevention officer just outside the building, who dragged him back into a security office.

The suspect reportedly banged on the door of the office while multiple Walmart employees held it closed. Then he tried a different tactic: climbing into the ceiling. Making his way through the ventilation system, the perpetrator first kicked through a panel in the ceiling of a McDonald’s within the store then continued on toward the main exit, where he kicked through again and jumped down to the floor. He tore into the parking lot and drove off in a red car, witnesses said.

Always impressed at the lengths some shoppers will go for a really good deal.