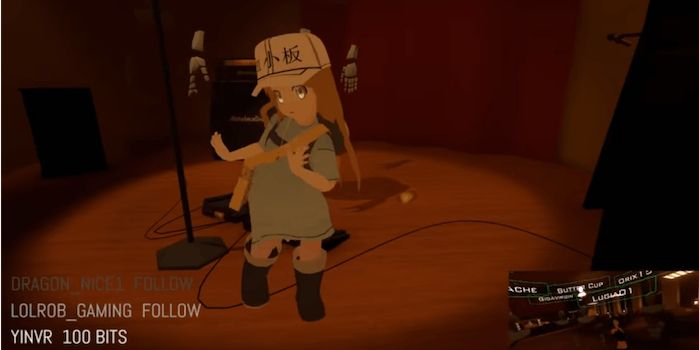 Virtual reality is finally fun. From the cramped individual booths at Dave and Buster’s to the shockingly expensive personal headsets, we have finally landed at readily accessible, reasonably affordable VR. A recently uploaded viral clip that topped r/videos on Thursday shows just how far VR and body tracking have come.

Not only is the motion capture close to early Gollum levels, but whoever is behind that avatar has some serious moves. We never saw Andy Serkis shake it like this Twitch streamer.

The person behind the moves, a YouTuber named Yumi, has a number of dance videos uploaded, using multiplayer online video game, VRChat. The game, released last year, allows users to interact with one another in real time as 3D versions of themselves.

The Reddit commenters delved deep into some of the implications of this technology, and the places that it could go in the future and drew a line between this type of motion-capture VR and deepfakes, or fake porn made using real people’s photos that spread online last year as the technology became easier to emulate. This technology has been largely banned on social media, but body-capture technology can also capture faces and facial expressions, and the faces of celebrities can be imposed on someone else’s body. Combine that with voice-changing apps, and suddenly you can have a shockingly believable video of Barack Obama twerking.

These future potential concerns aside, videos like this one are a delight to behold. The pleasure in the voices of fellow gamers come through on the video, and its swift rise to the top of Reddit shows how much people love the purity of a simple dance party.