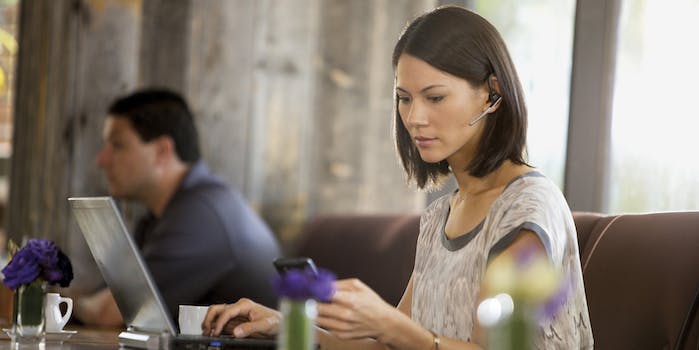 VProud is not a solution to online trolling

This 'social network for women' isn't actually that interesting for women.

So there’s a thing called VProud that’s supposed to be a social network for women and I don’t love it. It’s a forum, basically, and every topic starts with a video, and then you comment on or have conversations about the video. It’s “troll-proof,” or so they say: Users are authenticated through Facebook, Google, or Twitter but with the option to stay anonymous on VProud; there’s an artificially intelligent filter for hate speech that gets smarter about context with reporting; there’s a “troll” button on each post, which, with enough reporting, will get the post sent to moderation. If it’s not actually trolling, it’s restored and it gets added to the AI database.

Here are the problems I have with VProud:

Like, not fun to navigate. The way that the response sections are structured, a lot more screen space is dedicated to linked articles than to women’s answers to the question that was posed. I don’t want to click “Read more” after a only a handful of words when there are traditional forums that display the whole answer immediately.

As Kat Stoeffel points out at The Cut, the videos aren’t user-generated—they’re pulled from other websites (including The Frisky!). So in order to have a conversation at all, a video has to exist about whatever topic you’re interested in already. Most women don’t have the equipment to accomplish that if their topic hasn’t been covered. Plus, if a woman were to make a video in which she appeared, it would suddenly make the anonymity that VProud offers obsolete. Sure, you could get art-y with it, or just have a blank video with audio—but most people don’t have the time or skill to get art-y with their videos, and an audio track would defeat the purpose of the platform.

Tell me something is “troll-proof” and I’ll immediately start thinking of ways to troll it. You could get massive numbers of people to comment on a video you disagreed with. You could get those same people to troll comments you don’t like by reporting those comments as trolling. It’d be easy to get around the authentication—set up a fake Twitter account. There are plenty of ways trolls could derail and sabotage the conversations, and the fact that this is supposed to be a site specifically for women actually leaves it more vulnerable to attacks like that.

It’s like our lives are supposed to be neatly organized into the same few basic categories: Sex, Relationships, “Hotness,” Health, Motherhood, News (which, for some reason, every single thing in the world other than the fact of having and maintaining a female body is supposed to fall). If this is supposed to be a social network, why is it structured like a woman’s magazine or website, as if these are the actual realities of our social lives, the only things we want to talk about? Maybe I’m alone on this, I don’t know. I have more to say about food, art, theory, and books than I do about my clothes. This is a social network “for women,” and yet it pigeonholes women.

If you’re looking for an online community that provides you with a measure of anonymity and lends itself to community, I don’t know, try Tumblr. At least there the users start the conversation, and you can do it through more than videos, and you don’t have to fit yourself nicely into the stereotype of womanhood.