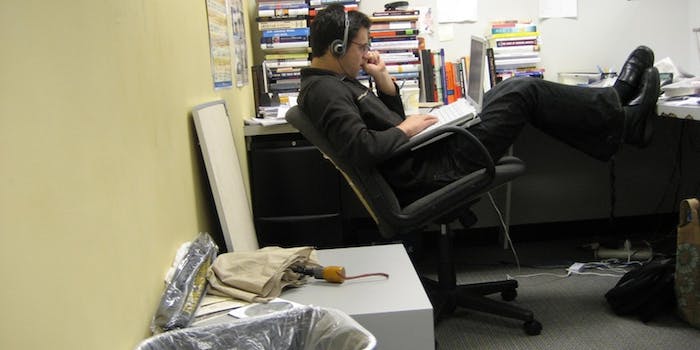 Can Vox win the news by being a better Wikipedia?

Ezra Klein, formerly of the Washington Post, launched his “explain the news” website Vox.com over the weekend.

Ezra Klein, formerly of the Washington Post, launched his “explain the news” website Vox.com over the weekend. In the hubbub surrounding the debut, many keep circling back to the same question: Why are so many news media outlets launching while gold standards like the New York Times are cutting back? And with so much noise out there, how will Klein find an audience?

Klein is known for creating and editing Wonkblog, a section of the Washington Post geared toward millennials. It used Upworthy-style clickbait headlines to make its stories as sharable as possible on Facebook.

Stylistically, Vox is nothing like Wonkblog. Vox’s traffic strategy looks more like a retailer’s than a news organization’s—it’s relying heavily on search engine optimization strategies rather than shares.

Vox’s primary goal is to act as a sort of Wikipedia for ongoing news stories like Obamacare and the Ukraine Crisis. It provides detailed summaries so that readers can catch up on stories in a way that wasn’t necessarily possible before. Everyone has this problem, and reading Vox is much easier than trawling the Web for a number of other articles to catch up on the GM recall scandal.

Every news outlet in the world wants its stories to go viral. But summarizing the Ukraine crisis is not going to get shared repeatedly by your friends. Vox tries to make up for its lack of sharability with seemingly out-of-place listicles like 11 board games you should be playing as an adult, but the site’s core goal of encapsulating months-old ongoing stories renders it virtually void of social potential.

But unlike most news sites, Vox is not relying on social. You’ll see smaller share buttons on Vox articles than you’ll see anywhere else. The reason Vox can try to forego something that every other news site is focusing on is because its summary articles are perfect for SEO. Its editors have reviewed Google searches thoroughly, turning common questions like “What does Obamacare do?” into article subsections.

If you type “Abraham Lincoln” into Google right now, Wikipedia will come up first. It isn’t happening yet, but one day when you search for something like “Flight MH370,” Vox’s story will pop up first to give you an abridged version of all of the other search results combined. If Vox is successful, it’ll be able to do what Wikipedia does, but with the big news story of the day. And that could be huge.

Photo by myglesias/Flickr (CC BY SA 2.0)