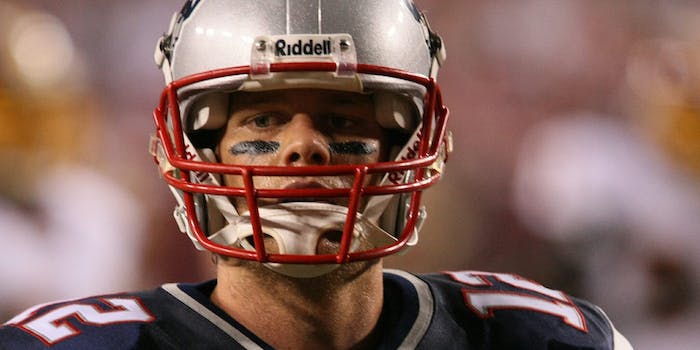 After beating the Patriots, the Broncos trolled quarterback Tom Brady

Score another one for the Broncos.

Tom Brady, for the past year or so, has been ever so active on Facebook. It seems like just about every week the Patriots quarterback posts something humorous on his page to make his legions of fans laugh (and probably also to make all of his haters silently gnash their teeth ).

Sometimes, he trolls his upcoming opponents—the most famous example is probably the Photoshopped photo of him riding the mascot of the Indianapolis Colts before last year’s AFC title game. Until Monday, always got the first and last laugh.

Enter Broncos linebacker Von Miller, who, after his team beat New England on national TV Sunday night, got to troll him right back.

And actually, it looked similar to his Colts’ troll job from last January.

But Miller’s Instagram response was perfect. For the first time since the #Deflategate controversy erupted in last season’s playoffs, the Patriots lost Sunday. Sure, they were beaten by a Denver team that’s 9-2 and easily on track to make the postseason, but making matters worse for New England was that the Patriots held a 14-point, fourth-quarter lead and that they were slain by quarterback Brock Osweiler, the backup to Peyton Manning.

And it probably was painful.

Game, set, match! Thanks bronco nation! "This is more like it"

Brady certainly isn’t immune to a humorous meme that pokes fun at him—bizarre courtroom sketches and his dejected reactions following Super Bowl losses, included—and if the Internet truly loves to hate the ultra-rich and uber-talented football player who happens to be married to one of the world’s most recognized supermodels, Miller’s joke must have been awfully satisfying.