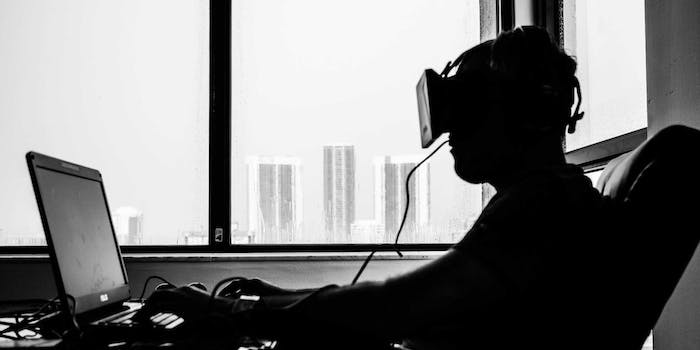 We're not sure if this makes virtual reality headsets look more exciting, or just more embarrassing.

Virtual-reality headsets are the perfect tool for scaring the crap out of people.

The sensory experience is far more complete than just playing a horror game or watching a movie, to the point where you very quickly become immersed in the setting. The only problem is, you look like a total idiot to everyone nearby.

This video shows a guy named Richard testing out a virtual reality game set in a haunted house. Sure enough, he completely freaks out—all while standing around in a total normal bedroom.

Photo via Sergey Galyonkin/Flickr (CC BY 2.0)