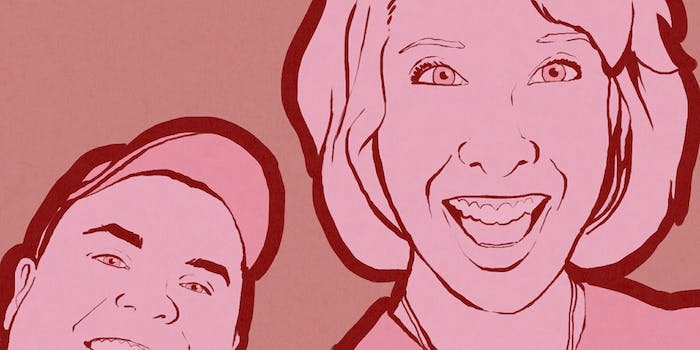 The shooting was a sad ending, but it is not the whole story.

On Wednesday morning, during a routine TV broadcast in which 24-year-old WDBJ7 reporter Alison Parker interviewed resident Vicki Gardner about a lake expansion in Roanoke, Virginia, a shooter abruptly opened fire at the scene. Parker and cameraman Adam Ward were killed, the station confirmed minutes later, and the suspect fled; Gardner was also shot and left injured.

Chillingly, the incident was captured frame-by-frame on live television, with Parker conducting an everyday interview seconds before it unfolded. Regardless, don’t watch the Virginia news crew shooting video, nor the footage that the perpetrator (Vester Lee Flanagan) filmed of the shooting and then posted to social media. It’s an understandable knee-jerk reaction, given the horror of the incident, but it’s not the right one.

Given that the incident was broadcast live and then shared by Flanagan—who also went by Bryce Williams—it’s unlikely that WDBJ7 or any other entity will be able to entirely wipe the videos from the Internet. As of Wednesday, the videos have already been widely shared on Twitter, and some news outlets have played, embedded, or otherwise used parts of the videos as a means to expand their coverage of the event.

This makes sense, in theory; the suspect fled immediately and wasn’t identified at the time, so aside from the video itself, information from the scene was minimal in the minutes that followed. Not to mention that, in the aftermath of any tragedy, there’s an element of wanting to see things for yourself—perhaps, you might think, to pay a sort of tribute to the cameraman and reporter merely doing their jobs Wednesday morning when they were shot to death.

It doesn’t matter. It’s not the right reaction. Don’t watch it.

Beautiful picture of how to remember the two @WDBJ7 employees who lost their lives, Alison Parker and Adam Ward. pic.twitter.com/k36vXVrmPi

This is footage of the last minute of Parker and Ward’s lives. They had wanted to pursue a career in television and to be watched, or have their footage watched, by any number of viewers. But they did not choose to be forever remembered as the two people killed on live television on a sunny August morning, and to have their last, terrifying moments alive watched by millions of people. They didn’t choose to be forever linked by that footage to the person who killed them, who appears seconds after Parker disappears from the screen to hover over the camera.

If you watch the video, you’re allowing that shooter to dictate precisely how Ward and Parker are remembered.

So if we choose to not watch the video, how should we think about Ward and Parker? Well, according to how they lived their lives—and indeed, what they were doing at the time of their deaths: hard at work on a normal Wednesday morning. CNN reports that Parker was engaged to another producer at the station, who tweeted Wednesday morning: “We didn’t share this publicly, but @AParkerWDBJ7 and I were very much in love. We just moved in together. I am numb.”

So sleepy and hungry this morning! Really hope @AParkerWDBJ7 will bring back wings from her live preview of Roanoke Wingfest @DrPepperPark

Volunteers grew about 400 lbs of these for the #EastmontTomatoFestival! Yum!! pic.twitter.com/zeH19CNQt9

Parker’s boyfriend, Chris Hurst, wrote of Ward: “I am comforted by everyone at @WDBJ7. We are a family. She worked with Adam every day. They were a team. I am heartbroken for his fiancee.” Hurst also shared a number of photos of himself with Parker on Facebook.

Ward was engaged to another member of the station, Melissa Ott, and according to ABC-7, Parker had brought in balloons Wednesday morning for his fiancée, since it was her last day at work.

Ward was 27 years old, and a graduate from Virginia Tech. Quick-thinking, he swung his camera towards the suspect immediately after he opened fire, thus capturing footage that could help police capture the person who shot him.

Jenny Hollander is a writer for Bustle. Jenny tweets at @_JennyHollander.