If you've gotta have a job, you might as well have fun with it.

It’s kind of a bummer being involved in the cycle of production, consumption and advertising whenever we’re not asleep, so it’s nice to celebrate people who manage to have fun and make human connections at their jobs. On that score, let us now praise this witty Virgin America gate agent, who could have put boring messages on the boarding signs at his station, but decided instead to use his power for good. 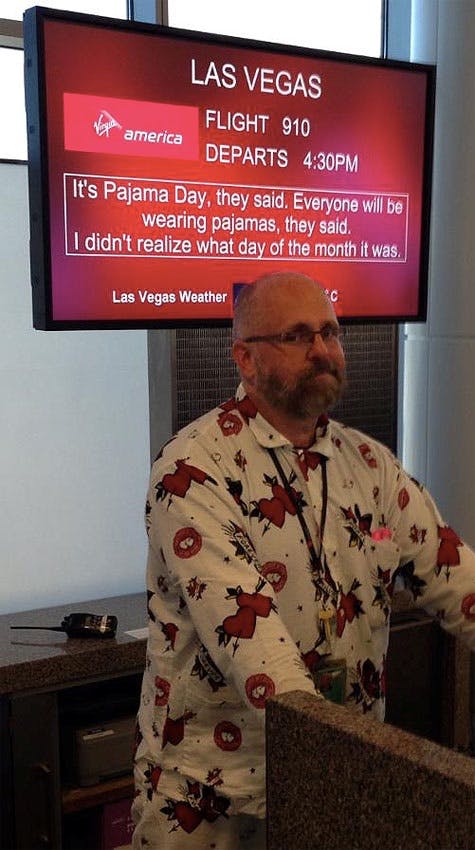 The wily Virgin American, alias Rootbeer1, posted a collection of his highest jinks from 2014-2015 on Imgur. They’re dad-level jokes, but their mere presence is subversive in its own mild way. As U.S. Poet Laureate Kid Rock once said: “Hey, authority: [photo of Kid Rock’s middle finger].” 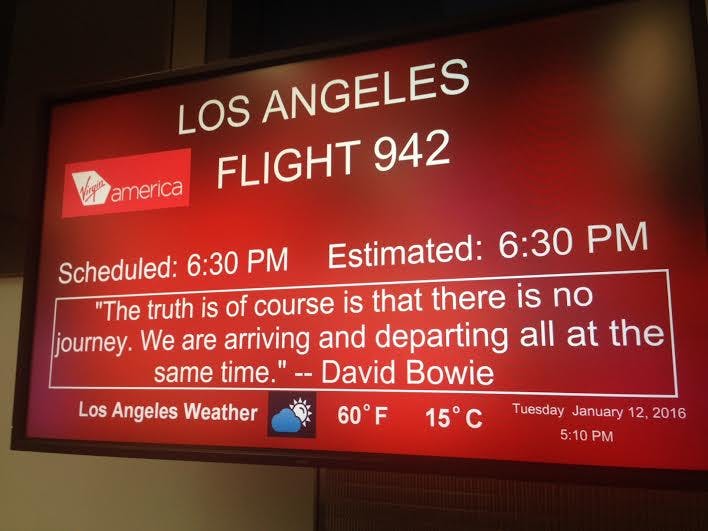 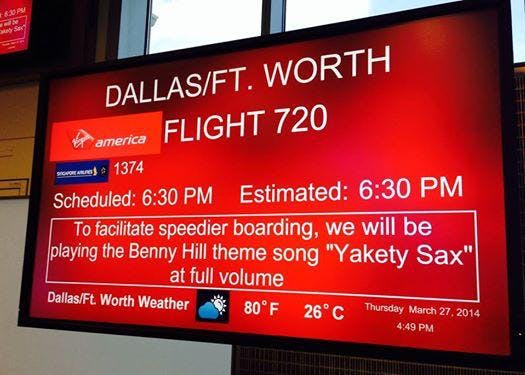 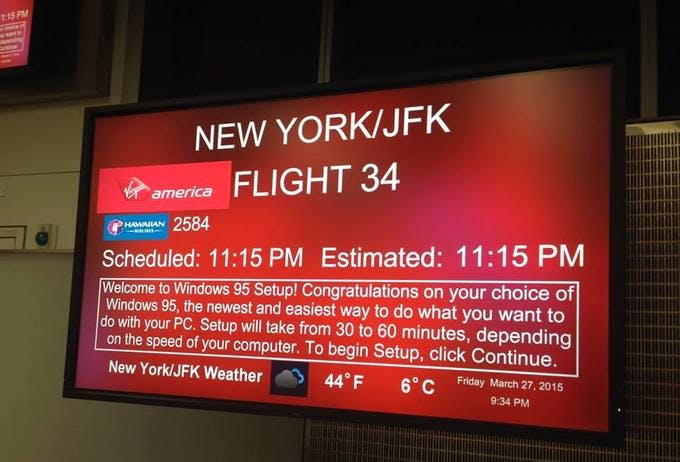 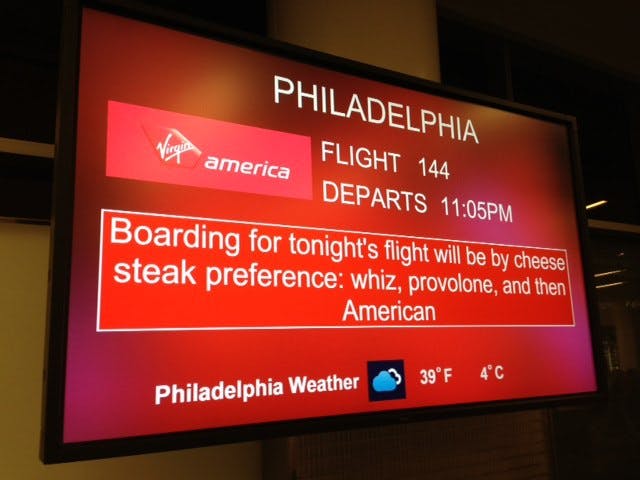 Unfortunately, the occasion of Rootbeer1 posting his tomfoolery is a sad one. “New owner Alaska Airlines isn’t really known for a cheeky corporate culture, so signs like these are most likely going away,” he wrote. 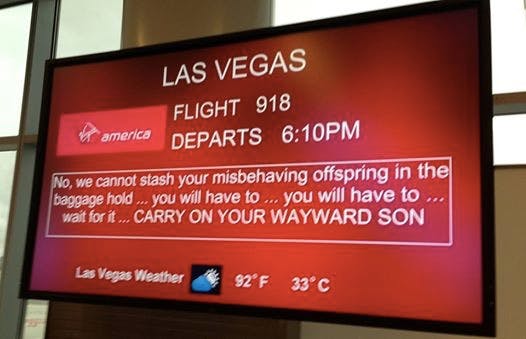 Carry on your wayward son, there’ll be peace when you are done.