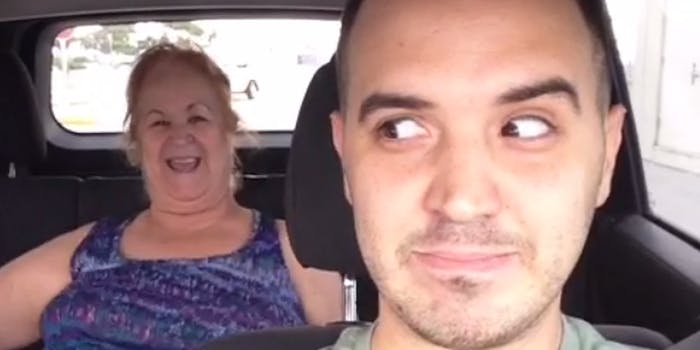 Watch the most joyous “Blurred Lines” Vine of the summer

One lady's got killer moves for the summer's hottest track.

You’ve never seen anyone enjoy Robin Thicke‘s “Blurred Lines” as much as this lady—not even Thicke himself.

Yoeslan Alfaro was dropping off his neighbor when the summer’s biggest song played in the car. Her sheer delight and Alfaro’s bemusement at her backseat dance moves made for the best Vine selfie we’ve seen in weeks.

The vine is actually from June 23 and has more than 66,000 likes and almost 69,000 revines (people sharing the video with their own followers). It gained some traction Monday after a tweet from a popular Twitter account showcasing funny vines. HyperVocal picked it up Tuesday.

We don’t really care if she’s a good girl. All that matters is she’s having a hell of a good time.