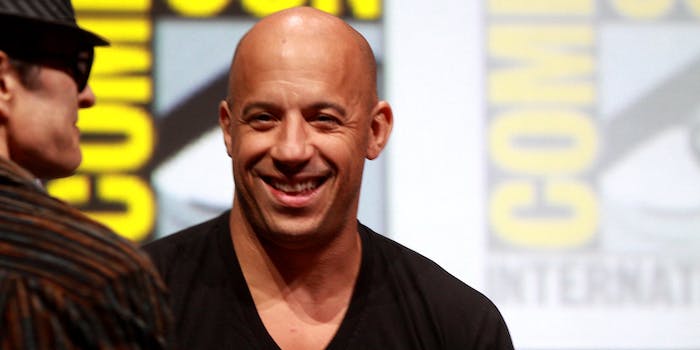 With the power of family on his side, Dom Toretto can do anything.

With F9 arriving as the first major post-lockdown blockbuster, people have the Fast and Furious franchise on their minds. It’s a perennial box office hit that’s easily as popular as Marvel or Star Wars—but barely controversial at all. Why? Because the Fast and Furious formula is miraculously simple, focusing on fast cars and family.

That’s basically all you need to know to enjoy the new Vin Diesel meme that’s taking Twitter by storm. Riffing off Diesel’s Fast and Furious one-liners about the power of family, people are making mash-ups starring Deisel’s character Dom Toretto. As it turns out, you can fit him into basically any other movie:

In the Fast and Furious movies, the concept of “family” is like a magical power-up that can inspire anyone to do anything. Beginning with a down-to-earth crime thriller but evolving into a bombastic action franchise, each film hinges on the love and loyalty between Dom Toretto and his team. If your family needs you to drive a car into space or fight a nuclear submarine under an iceberg, then by god you’ll do it.

This is, we have to say, a perfect meme format. Is it stupid? Absolutely yes. But that’s part of its charm—kind of like the Fast and Furious movies.