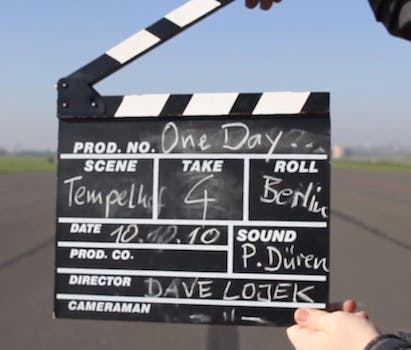 The third-ever "One Day on Earth" project documents what Vimeo users were doing on 12/12/12.

If you’re just waking up from a 30 year nap, The Daily Dot would like to inform you that today’s date is Dec. 12, 2012—12/12/12—and it’s a big day for people who like making something out of nothing in an effort to get themselves through the week.

On Vimeo, one organization is using the unique date to make some pretty high-concept art. The group’s called One Day on Earth, and its mission is to document snippets of individuals’ lives as they traverse through the wonders of 12/12/12. The group did the same thing last year on Nov. 11, and again before that on Oct. 10, 2010.

Here’s One Day’s explanation of the project:

“On December 12th, 12.12.12, across the planet, documentary filmmakers, students, and other inspired citizenswil record the human experience over a 24-hour period and contribute their voice to the third annual global day of media creation called One Day on Earth. Together, we will create a shared archive and a film.”

Film for five seconds or 15 minutes, or however long you’d like. In a month, One Day will emerge from the cutting room with a video that looks a lot like this.

It’s already nearing 9am PT as of the time of this story’s filing, so you’ve only got about 13 hours left. People! Grab your cameras and go!

Correction: The Daily Dot originally reported that One Day on Earth was a YouTube project. It was founded on Vimeo in 2008. We regret the error.

Photo via One Day on Earth/Vimeo