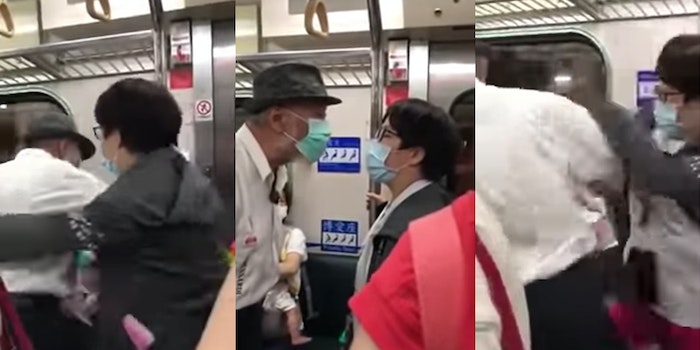 'Did your pet buy a ticket?'

A video shows a fight that ensued between an elderly man and a Karen after the woman attempted to save a seat for her pet hamster on a crowded train in Taiwan.