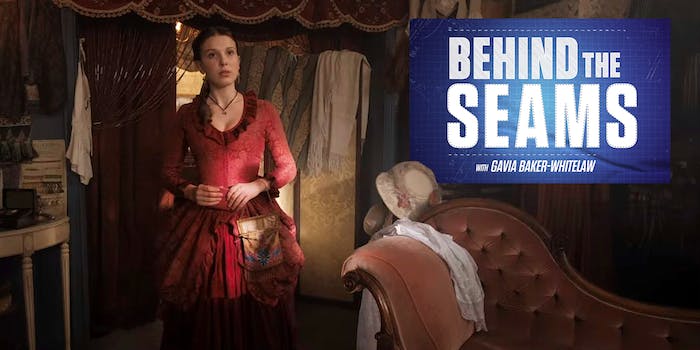 Why is Hollywood so obsessed with Victorian movies?

This video digs into the ever-popular genre of Victorian period dramas.

From Sherlock Holmes to Crimson Peak, Hollywood is obsessed with Victorian period dramas. Top hats and corsets are an enormously popular aesthetic, spinning off into the steampunk genre. It helps that there are a ton of iconic Victorian novels to adapt, including Peter Pan, Dracula, and the works of Charles Dickens. But what does our Victorian obsession say about present-day audiences? And do any of these films truly understand the society they depict?

In this week’s episode of Behind the Seams, we take a look at some popular Victorian movies—and, of course, their costume choices. There’s always a lot of debate about whether certain films are historically accurate, and whether this even matters in the first place. And with the Victorian era, there are plenty of popular misconceptions about how people “really” looked in real life—starting with the ever-popular corsets, and a deceptively vibrant color palette.

Each week on Behind the Seams, we examine a different element of movie costume design, whether it’s an in-depth analysis of Mad Max: Fury Road, or a look at the concept of historical accuracy through the lens of Keira Knightley’s career. Click here to subscribe now!