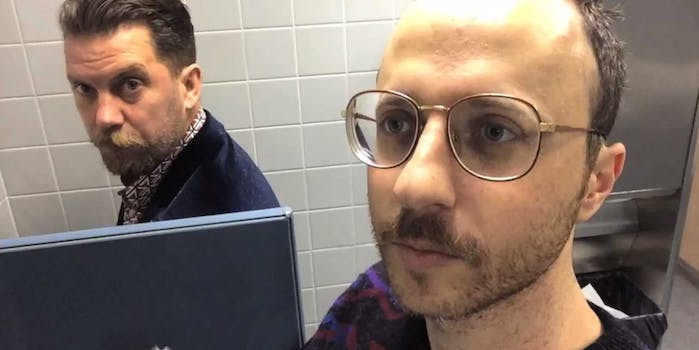 Gavin McInnes is the only known Tea Party enthusiast who has anything to do with Vice, hipness, or Williamsburg. In an old interview in the New York Press, McInnes said that he was pleased that most Williamsburg hipsters are white. That’s oddly refreshing for a company as radical as Vice.

I met Mr. McInnes for a tour of his New York ad agency Rooster. We discussed sosh’ media issues and procrasturbated a bit.

I then took a humble selfie of me and him: 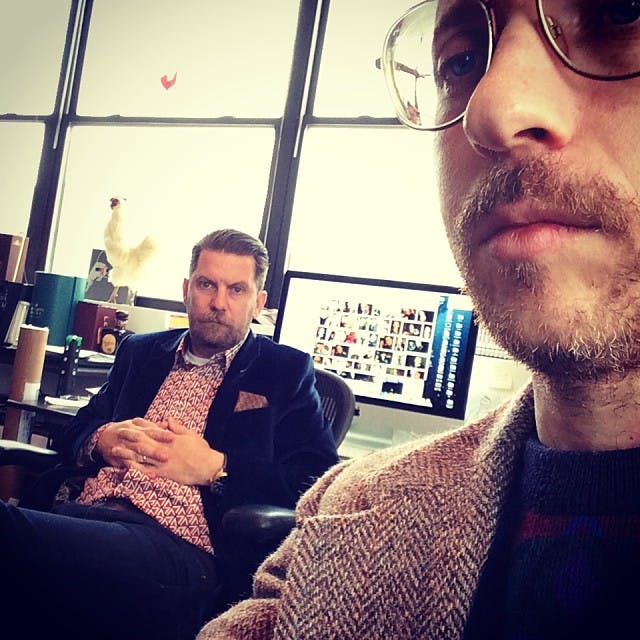 On my way back to Bushwick, I came across one of McInnes’s most notable Fox News appearances:

To my angst, he is still not verified on Twitter. I’m sure that had he stayed at Vice he would be, since Vice buys promoted tweets all the time, making even the magazine’s junior staff blue-ticked.

Mandarin sounds like a guy turning a mouse inside out with his tongue.