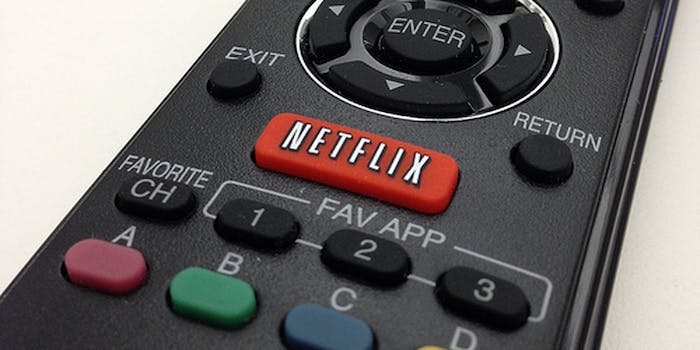 The real reason Verizon has been slowing down Netflix

Recent slowdowns in Netflix streaming service have less to do with a recent judicial overturn of net neutrality policy and more to do with longstanding feuds between Netflix, Verizon, and Internet bandwidth providers.

That’s according to a recent Wall Street Journal report, which states that Netflix “has been at odds with Verizon Communications Inc. and other broadband providers for months over how much Netflix streaming content they will carry without being paid additional fees.”

The conflict has become particularly heated as of late, and the Journal reports Verizon is slowing down Netflix delivery on its fiber-optic FiOS service. Netflix says the average prime time speeds on FiOS have dropped by 14 percent in the past month.

The recent slowdowns have aroused the suspicions of net neutrality advocates who fear this is the first sign of consequences stemming from a federal appeals court’s decision last month to partially overturn Federal Communications Commission neutrality rules. These rules prohibit Internet service providers from giving preferential delivery speeds to certain content providers in exchange for payment.

But the Journal says that the conflict between Netflix and Verizon pre-dates this ruling. And though Verizon may not have been demanding payment prior to the ruling, ArsTechnica says the company has other ways to “play hardball and affect Netflix performance.”

The conflict seems to have begun months ago as Netflix started pushing ISPs to host special caching equipment to enable delivery of Netflix’s Super HD and 3D content.

“Netflix wants broadband companies to hook up to its new video-distribution network without paying them fees for carrying its traffic,” the Journal reports. “But the biggest U.S. providers–Verizon, Comcast, Time Warner Cable, and AT&T Inc.–have resisted, insisting on compensation.”

And this is why it might not be a net neutrality issue–at least in the traditional sense. According to ArsTechnica, “ISPs are under no obligation to accept Netflix’s peering and caching offers. Teaming up with netflix might improve performance, but not doing so isn’t the same as refusing to carry traffic.”

“People familiar with Cogent’s and Netflix’s thinking say the cable and telephone companies are delaying upgrading existing connections,” the Journal reports. “Executives at major broadband providers, meanwhile, privately blame the traffic jam on Netflix’s refusal to distribute its traffic more efficiently … Neither side is budging, people familiar with the matter said, leading to growing congestion.”