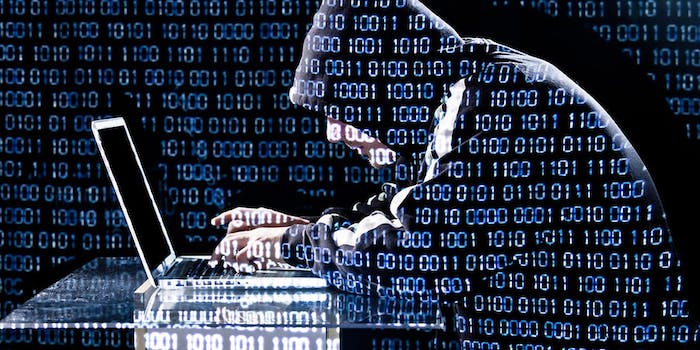 You can't say you weren't warned.

You know you’ve made it in the tech world when your service becomes a verb. Google exerts such a stranglehold over the search engine business that it’s become synonymous with looking something up on the Web. One doesn’t simply “search” for shirtless photos of Chris Pratt. One Googles it. The same can be said for Twitter or Facebook, platforms that are so synonymous with modern life that they become a state of being. I tweet, therefore I am.

The newest addition to this culture appears to be Venmo, a popular digital wallet that allows for peer-to-peer mobile payments with the touch of a button. It makes the ordeal splitting the check at a restaurant (when half of your party, of course, doesn’t have cash) painless and, most of all, easy—which has led to its increasing popularity among millennials. It’s catching on so quickly that Bloomberg Business declared last year that it would be the final nail in the coffin for paper money, but killing cash comes with its drawbacks—most of all security. Is the benefit really worth the cost?

You know you’ve made it in the tech world when your service becomes a verb.

Over the past week, both my boyfriend and I found this out the hard way when our credit card information got stolen. Neither of us are very tech-savvy, and Venmo is the only app that we both have installed on our phones. On Tuesday, he found out that someone had purchased $200 worth of goods at Home Depot in his name, and three days later, the culprit went back to Home Depot for another round of purchases with my information. It was the perfect way to spend the Fourth of July weekend.

After Chase deactivated my card to prevent further theft, I called around to other friends who used Venmo—to see if they had similar experiences. Nearly everyone had their credit card information compromised at some point through the service or knew someone who had; in fact, when I told a writer colleague of mine what had happened, he guessed the answer even before I confirmed. “Venmo?” he inquired.

I can blame Venmo’s poor security measures, but I knew what I was getting when I signed up: Venmo’s security has been criticized since as early as 2011, when Venmo’s own cofounder, Andrew Kortina, noted the company’s uphill battle on security in a New York Observer interview. It’s the company’s worst kept secret, but when I installed the app, I figured it wouldn’t happen to me. After all, nearly everyone I knew was using it, and they seemed to like it. What’s the worst that could happen?

In a defense of the company, Michael Vaughan—a general manager for Venmo—wrote in a blog post that the service “[maintains] fraud rates favorable to industry standards,” which is the nicest possible way of saying that Venmo isn’t the problem. Everyone is the problem.

That’s what Jonathan Zhou argued in an essay for the Epoch Times in March, in response to the Slate post. While Venmo doesn’t provide two-factor verification for its customers, Zhou writes, neither do banks like Wells Fargo, American Express, and Citibank. PayPal, the service’s parent company, and Google Wallet, have suffered their own security breaches in the past, and the hacks of Target and Neiman Marcus put nearly 16 million customers at risk.

Killing cash comes with its drawbacks—most of all security. Is the benefit really worth the cost?

And that cybersecurity culture has led to an epidemic in identity theft, which the New Haven Register reports is “the fastest growing crime in the U.S., with more than 12 million victims each year.” This is likely because, as the Register explains, just 27 percent of transactions are performed through cash payments, with the majority being debit and credit payments. That’s a lot of opportunities for potential thieves to go on a Home Depot shopping spree, and with the proliferation of services like Venmo, there will only be more of them.

The Sony hacks in December—followed by the recent government security breaches—have highlighted the fact that no one seems to know how to protect themselves from cybercrime, but part of the solution must also come from consumers. It’s easy to pass the buck off on merchants—who, as Stephen J. Dubner and Steven D. Levitt point out, ultimately pay for identity theft—but we get the services we pay for, or rather the ones we have downloaded on our phones. We can’t say we weren’t warned.