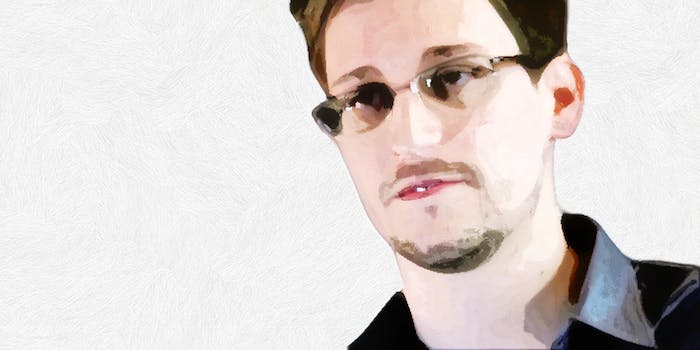 It appears Edward Snowden can finally leave that Russian airport behind.

Maduro said the move would “protect this young man from the persecution unleashed by the world’s most powerful empire.”

Nicaraguan President Daniel Ortega made similar, though less definitive comments, announcing in a speech that he would offer Snowden asylum “if circumstances allow it.” Nicaragua, like Venezuela, is on the list of countries he faxed mass asylum requests to last Sunday. After receiving a series of denials, WikiLeaks announced earlier on Friday that Snowden “has applied to another six countries for asylum,” but it declined to elaborate for fear of government intervention.

Snowden, who fled to Hong Kong to release classified information, notably a PowerPoint presentation detailing the NSA’s PRISM Internet surveillance program, has spent the past 13 days in a Moscow airport, a man without a country after the U.S. revoked his passport.

Venezuela is the first to definitively state it planned to give Snowden safe haven. Previously, Ecuador had blustered but then backed down after its president received a phone call from U.S. Vice President Joe Biden. A number of European nations didn’t definitively refuse him but said they wouldn’t issue him emergency travel documents, a necessity for him to leave Russia without a passport. And plenty other countries, like Brazil and India, rejected him outright.

Snowden has become a pawn for international relations and has unwittingly illustrated the U.S.’s powerful relationship with Europe and shaky relationship with the rest of the world, particularly Latin America. On Wednesday, after telling the press he’d consider asylum for Snowden, a number of European nations refused Bolivian President Evo Morales as he flew from Russia.

Eventually, Morales was grounded in Austria, where police searched his plane to see if Snowden was there. He was not. Morales was outraged against the incident. “We are no longer in the colonial period,” he said.