Baby, you're a firework.

Nothing says St. Patrick’s Day like putting a power tool to your nether regions, right? 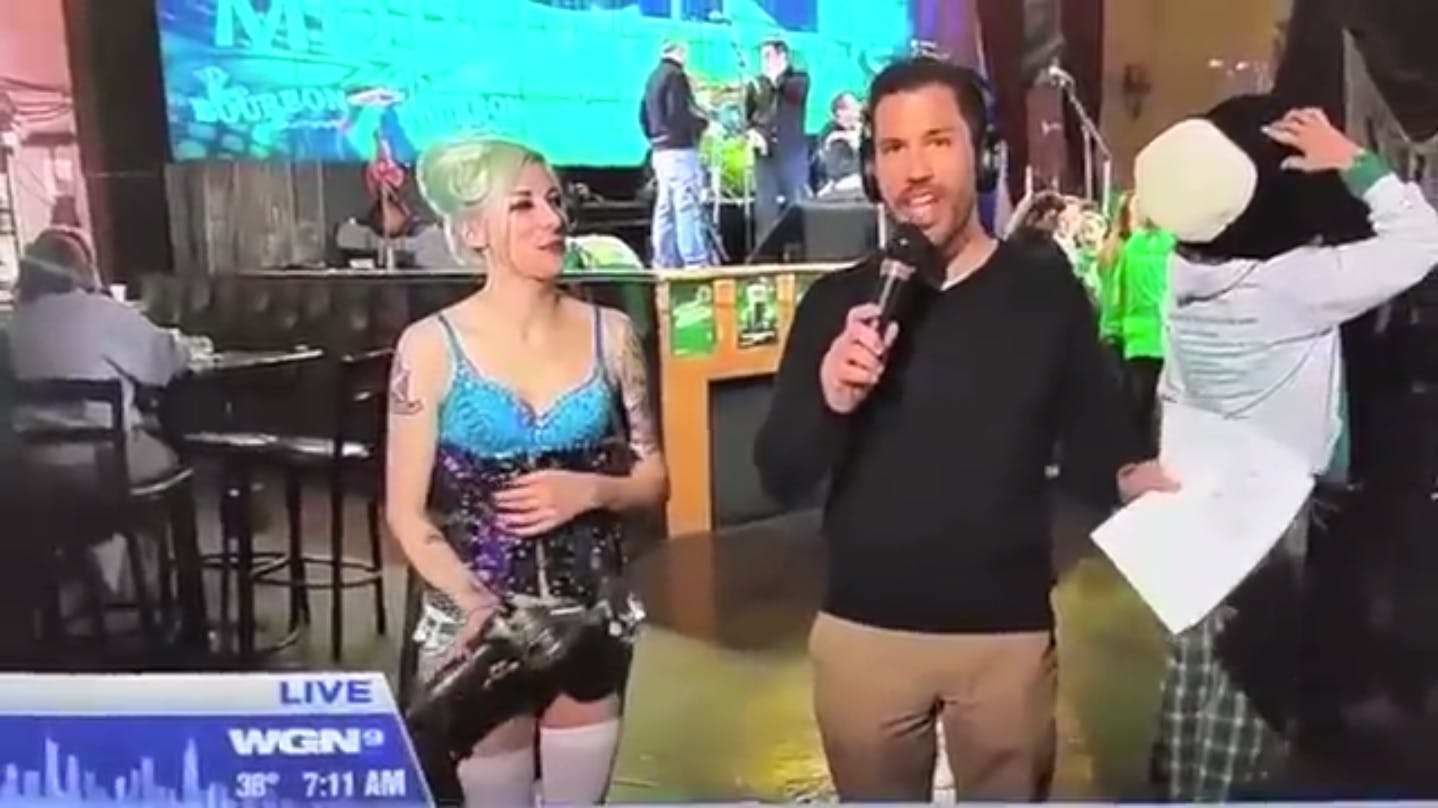 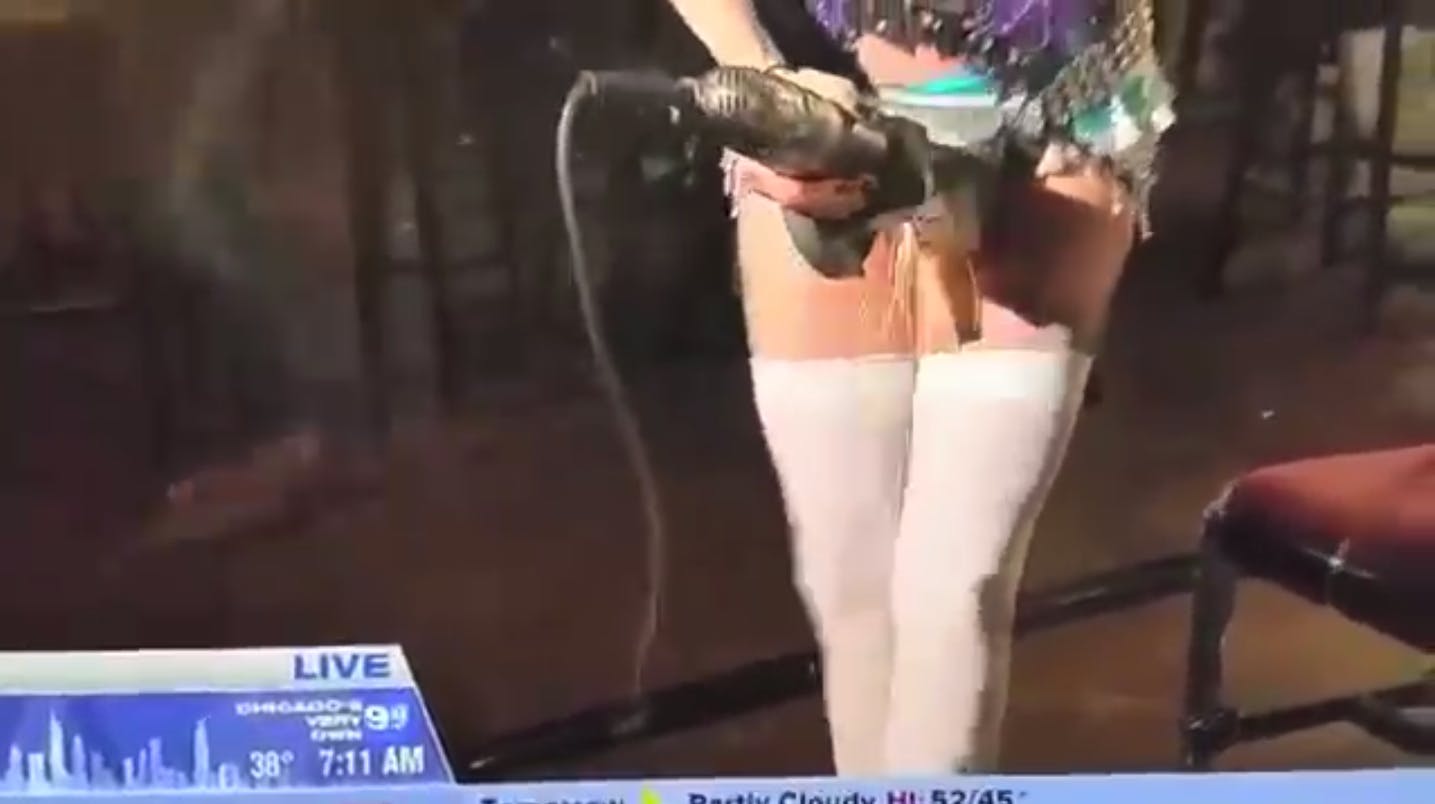 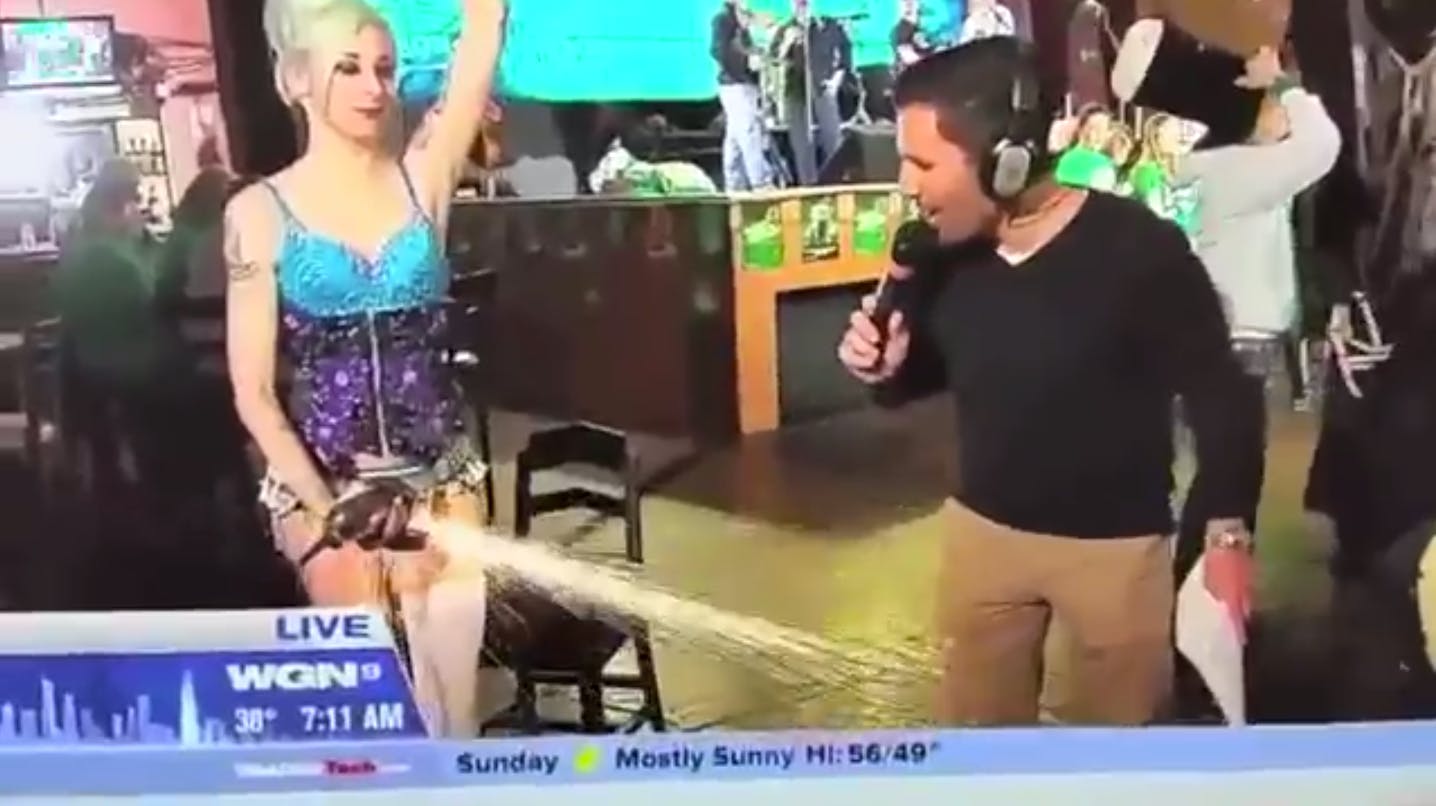 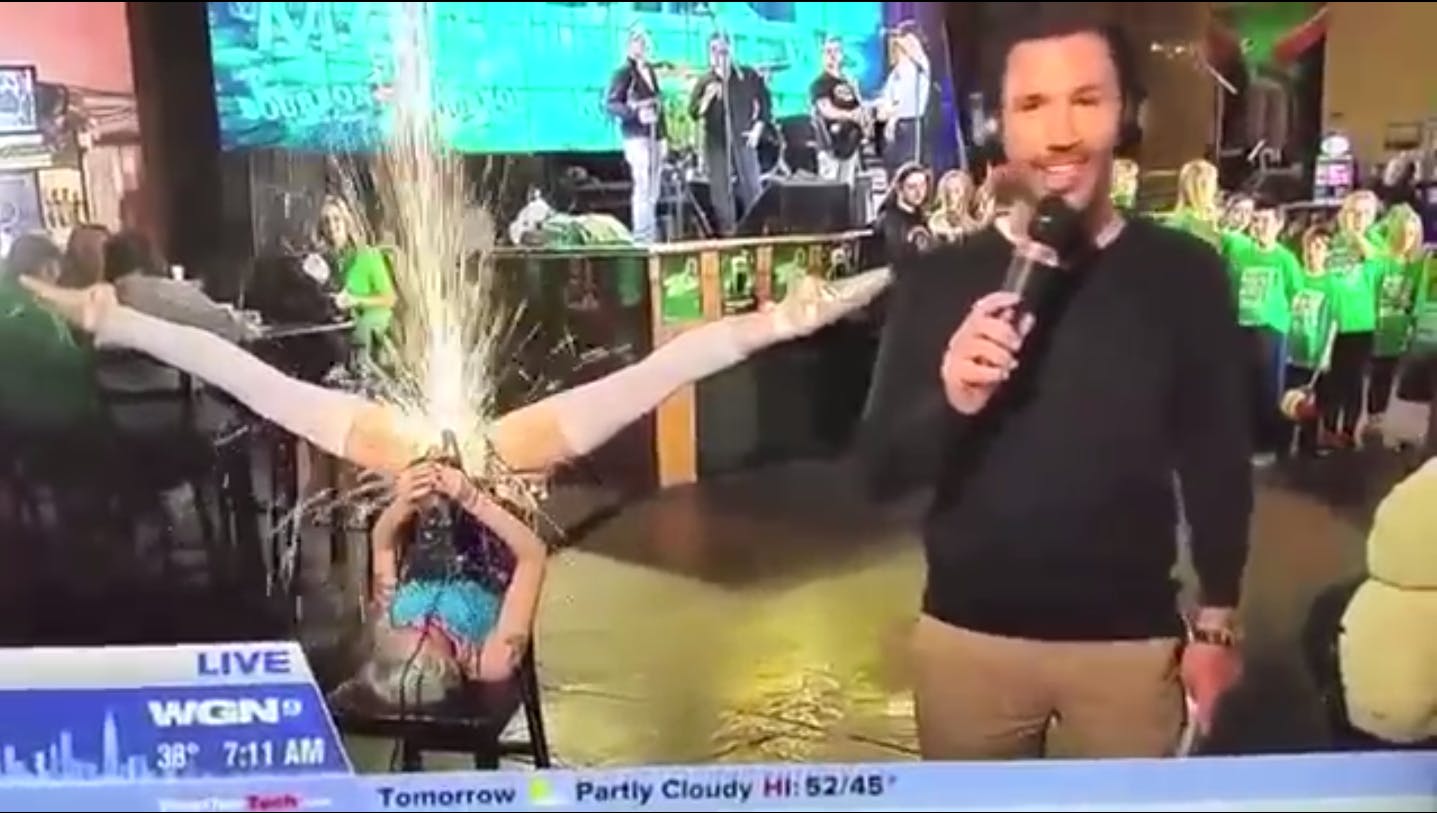 You can watch the whole video here.

Forget leprechauns. This girl is the mythical being that I want to follow over the rainbow. I feel the same way about this lady as that kid at the end of the video does. (Yes, there’s a gaggle of kids in the back watching this go down.) My mind has officially been blown.

This isn’t the first time the Chicagoland area has witnessed the convergence of the female anatomy and power tools. In 2011, there was an incident on the Northwestern University campus where a woman masturbated with a “fucksaw” at an after-class demonstration to educate students on female ejaculation. Unfortunately, there were no sparks involved.

Meanwhile, Vaughan-Gabor gets to turn her hoo-ha into a human sparkler while on live television. Baby, you’re a firework.