Is Uterus Man an empowering feminist superhero or just gross?

The greatest superhero based on a reproductive organ since Vas Deferens Boy.

Have you ever wished there were an Asian cartoon superhero modeled after a female reproductive organ? Well, put down your bong, set aside those Cheetos, and wish no more, freaky-deaky! Entrez “Uterus Man,” a Starz! miniseries-cum-political thriller that tells the story of the 1996 government shutdown from multiple perspectives. Nope, JK, it’s about a superhero made of a bloody uterus.

“Uterus Man” is an 11-minute voyage into the mind of Lu Yang, a Taiwanese animator (I know, you were totally expecting him to be Japanese, but joke’s on you for making broad generalizations about an entire culture). It’s about a superhero named Uterus Man who travels around in a giant pelvis and shoots lasers at things. While it’s not pornographic or titillating in the least, it’s pretty explicit in its depiction of the female anatomy, so NSFW unless your boss is an OB/GYN and/or insane.


The video doesn’t have a plot per se; mostly, it’s just some really cool animation layered over a dubstep-inspired soundtrack. Basically, Uterus Man zooms around on his pelvis chariot and his “flying sanitary pad skateboard,” launching “XY chromosome attacks.” At one point, he gives birth to a demon baby through his feet and uses it as a weapon. It’s very much like a dream you’d have after watching an instructional sex ed film and taking a shit ton of Vicodin. 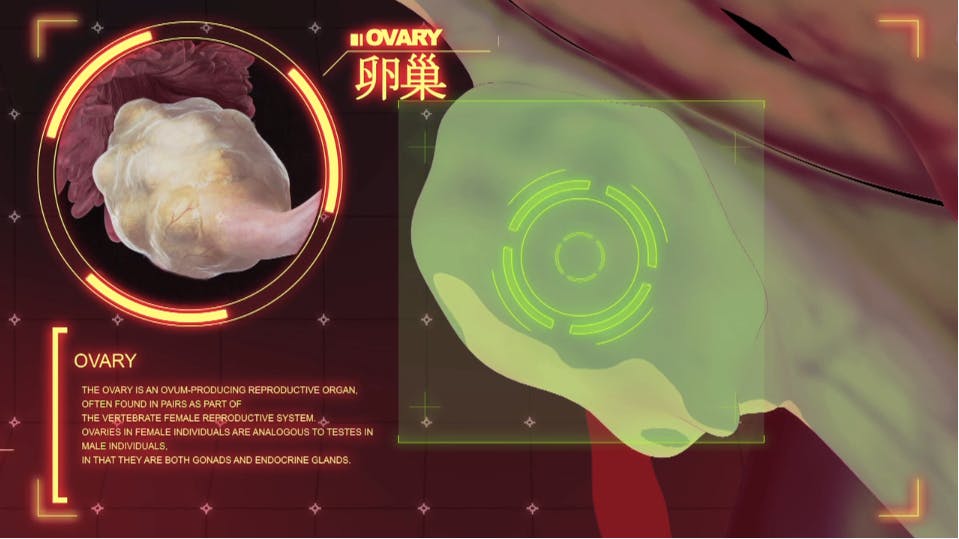 
Although the whole thing is completely bizarre and nonsensical, apparently viewers have interpreted “Uterus Man” as an empowering feminist statement, if the Vimeo comments are any indication.

“For those who didn’t get it, this a feminist masterpiece saying uterus is not something to be ashamed of, it’s something that gives super powers,” one commenter wrote. “For example, the super power ‘Placenta Defense AT Feild’ (made me smile), is a metaphor for the role of placenta in reality that does protect the baby.”

Does the fact that Uterus Man later uses the baby as a “meteor hammer” and “umbilical cord whip” detract from this feminist message, or add to it? That’s for you to judge. But either way, wherever Betty Friedan’s ghost is right now, I bet she’s totally digging it.