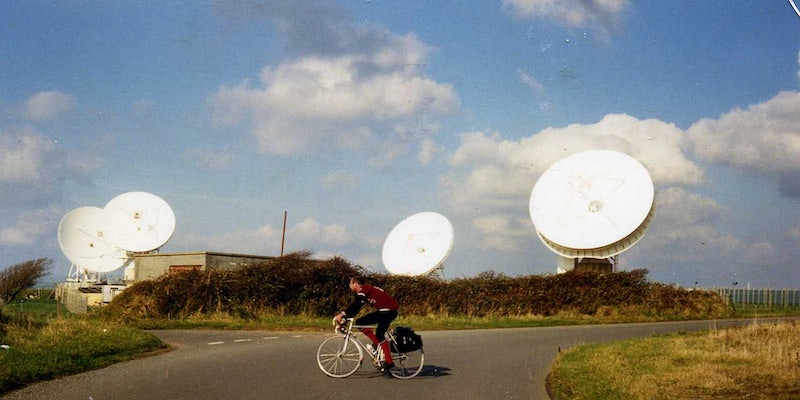 The Guardian reports that Britain's GCHQ was eager to cooperate to ensure that the U.S. payouts continued.

NSA whistleblower Edward Snowden has claimed that one of Britain’s intelligence agencies, the Government Communications Headquarters (GCHQ), is “worse than the U.S.” But that comparison may be moot, because the American government has reportedly paid the agency for access to its surveillance programs.

According to a report in the Guardian, the British government spook shop comes close to being a wholly owned subsidiary of the U.S. government. The U.S. has provided the GCHQ with at least £100 million in funding (about $152 million) in secret payments over the past three years, including £15 million to help build a facility in Cornwall devoted to intercepting information carried on transatlantic cables.

According to the Guardian’s Nick Hopkins, the payments appear to have been made “to secure access to and influence over Britain’s intelligence gathering programmes.”

The payments are discussed in documents shared by Snowden with the publication, which “make clear that the Americans expect a return on the investment, and that GCHQ has to work hard to meet their demands.”

One 2010 document states that the Americans had “raised a number of issues with regards to meeting NSA’s minimum expectations” and that the GCHQ “still remains short of the full NSA ask.”

In addition to the outrage that many Britons have felt regarding their government’s involvement in America’s domestic spying débâcle, they fear that the U.S., and not the U.K., is determining their country’s intelligence priorities.

Britain’s looser “surveillance laws and regulatory regime” were described in the documents as a “selling point” for the U.S.

Details of the funding to have come from the Snowden documents include the following.:

The leaked papers contain comments expressing fears that the U.K.’s contributions to the spying partnership may come up short, putting the country at risk of losing its massive NSA payout.