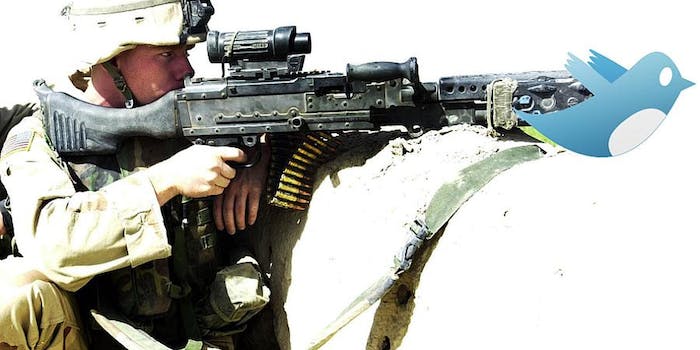 @ISAFmedia is the official account of the Afghanistan-based International Security Assistance Force. While it’s a NATO-based mission, the “majority” of its social media team is American, an ISAF representative told the Daily Dot via Direct Message on Twitter.

The account’s main function is countering misinformation in Afghanistan: “[W]e don’t attempt to correct every inaccurate piece of information,” the representative said. “Just some to keep true facts out there.”

Its main opponents are @alemarahweb, which is alledgedly the Twitter arm of the Taliban propaganda magazine Shahamat (the Bravery in English), and @ABalkhi, which also seems tied to Shahamat, but frequently taunts @ISAFmedia directly.

Though it’s unknown who exactly runs the accounts, “those are the two main accounts we track that we believe have some tie to the Taliban,” the ISAF representative said.

Follow the war of words in the Daily Dot’s Storify.