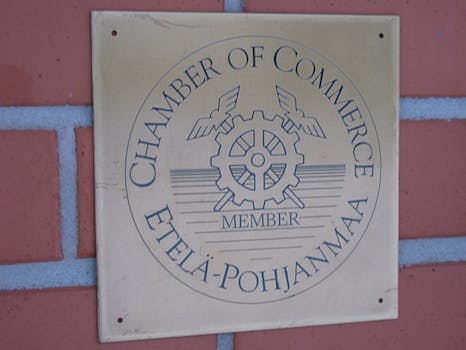 There’s something seriously amiss about the proposed amendments to the EU’s Data Protection Regulation, which aims to create a modern, blanket set of digital privacy protections for Europeans.

An awful lot of these proposed changes have been copied and pasted, word-for-word, from American lobbyists.

As chronicled by a clever German site called LobbyPlag, there are 64 instances where proposed amendments to the Data Protection Regulation have text identical to passages from previously-written lobbyist memos. Among those are American groups eBay, Amazon, and the Chamber of Commerce, the oldest lobbying organization in the U.S.

For instance, the Chamber of Commerce, in an official memo obtained by European digital rights group La Quadrature, recommended reducing fines for data-mining companies that track Europeans when they argue they made honest mistakes and promise to stop the tracking after being caught. Instead, it proposed tacking on a clarification:

Mitigating factors which support lower or no administrative fines at all shall include (i) measures taken by the natural or legal person to ensure compliance with relevant obligations, (ii) genuine uncertainty as to whether the activity constituted a violation of the relevant obligations, (iii) immediate termination of the violation upon knowledge, and (iv) Co-operation with any enforcement processes.

That paragraph was submitted, verbatim, as a new amendment by MEP Giles Chichester (representing South West England and Gibraltar) on Jan. 9.

Other lobbyist-requested changes include making it easier for companies to profile customers for advertising purposes and making companies that store data in “the cloud” less accountable to European data protection authorities.

“IT giants are currently trying to lobby away our fundamental right to privacy,” Europe Versus Facebook wrote. “The result: This legislative process, which will define privacy protection in the EU for the next 20 years, now runs the risk of being a big step backwards instead of forward.”

To combat this influence, a number of European digital rights groups, among them La Quadrature and EDRi, have created privacycampaign.edu to convince Europeans to contact their MEPs to vote against the dozens of lobbyist-created amendments.