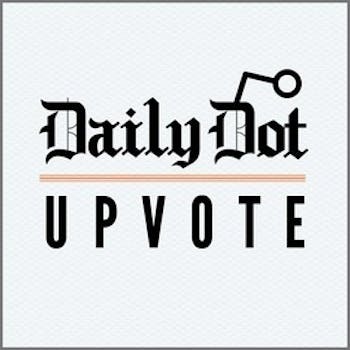 This week NASA astronaut discussed his philosophy, others got scientific with the neurophsiology of zombies. And Reddit launched a campaign to help a new team member find a bone marrow donor.

Spending six months in space didn’t change NASA astronaut Ron Garan’s philosophical outlook on life. But, as he wrote in his AMA (“ask me anything”) on Reddit Thursday: “[I]t reinforced my appreciation of the gift we have all been given (our Earth) and a renewed understanding that we all have a responsibility to leave it a little better than we found it.”

Garan’s AMA was the highlight in a week in which Reddit highlighted the site’s scientific best.

We learned about the current state of virtual reality, the neurophysiology of zombies, and how the brain behaves during an orgasm. There was a visual denouement: One redditor even presented us with a gorgeous and almost ethereal photograph of Saturn (he took it himself).

Most importantly, we learned why we can’t remember anything we read on Reddit. As r/askcience contributor Elijahjc noted: “If it is a completely random fact, with no emotional or intellectual connection to you, that you don’t actively try to remember, you will likely forget it.”

Reddit: An aggregator of easy-to-forget random facts. Thank god there’s a save button.

Reddit’s done a lot of good for people around the world. Redditors have helped everyone from orphans in Kenya, to a three-year-old with a rare blood disease, to a dying little girl in Denver whose neighbors were bullying her. Now they’re rallying around one of their own:

Just days after Reddit hired him as the site’s new community manager, David Croach found out he has Leukemia.

If you want to help Croach it’s easy, as Erik Martin, the site’s general manager, explained in an official blog post. Sign up at the National Bone Marrow Donor Program and see if you’re match. Even if you don’t match with Croach, there’s a good chance someone else could use your help. Also, forget what you’ve heard about incredibly painful bone marrow transplants. As Martin noted: “Don’t worry, donation is painless these days.”

In other news, Reddit hates Bill Nye, we got expert legal analysis of the Trayvon Martin case, and meet a man whose body is radically asymmetrical.