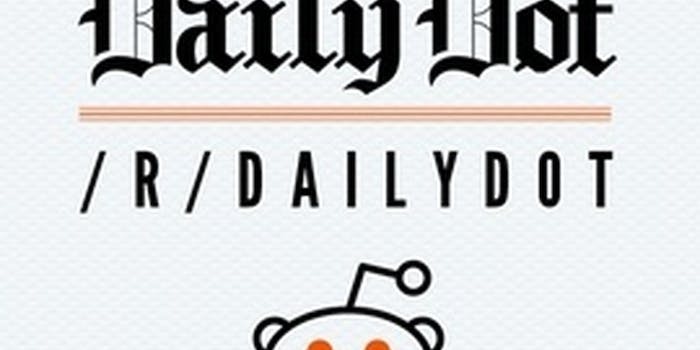 Upvote: This week on Reddit, fighting SOPA and saving lives

Redditors won a battle against a hated piece of legislation and did some good deeds.

Reddit, you are victorious. GoDaddy has backed down and no longer supports the Stop Online Piracy Act (SOPA), a Hollywood-backed effort to strengthen copyright law.

The Web-hosting company’s decision comes after threats of a boycott reached Reddit’s front page multiple times over the past 24 hours. As of this morning, eight out of the top 10 posts on the site’s 550,000 strong r/technology section were about SOPA or GoDaddy.

“In changing its position, Go Daddy remains steadfast in its promise to support security and stability of the Internet,” the company wrote in a statement.

Company representatives then proceeded to delete any record of GoDaddy’s pro-SOPA stance from its official blog—and we wondered if it wasn’t all just a publicity stunt, like GoDaddy’s racy Super Bowl commercials.

Why all the outrage? The Stop Online Piracy Act (SOPA) could kill Reddit and other sites like it, according to cofounder Alexis Ohanian and general manager Erik Martin.

GoDaddy’s backpedaling on the issue represents a big victory in a kind of proxy war, but there’s still a lot of work to be done.

On Thursday, Reddit general manager Erik Martin took to the site’s r/SOPA section, where he pleaded with redditors to help bring mainstream and local media attention to the bill, and the Protect IP Act or PIPA, a related piece of legislation which has also drawn strong criticism from Internet companies.

“It’s absolutely critical,” Martin wrote, “that we raise awareness of SOPA/PIPA and the devastating impact they would have on all manner of small businesses that rely on the Internet to sell and market their goods and services.”

On Thursday, redditors were up to good things—well, mostly good, at any rate. After a post about bone-marrow donation hit the site’s front page, the Bone Marrow Donor Center reported a whopping 650 new registrants.

Around the same time, redditors used their Google talents to find an adoptee’s birth family in under three hours. Too bad they couldn’t restrain themselves from posting topless photos they found of his long-lost sister.

In other news, the site’s volunteer staff of moderators finally have a log which reports on their actions. Moderators run the site’s sections, or subreddits, and take steps like deleting posts and banning users when necessary to keep the conversation on track. So this seemingly boring step eases the workload for moderators, who had to coordinate with each other through mailing lists or online chat.

Also, Carlos the Mailman returned, there are more than 200 million comments on Reddit, and North Korea has smiles.