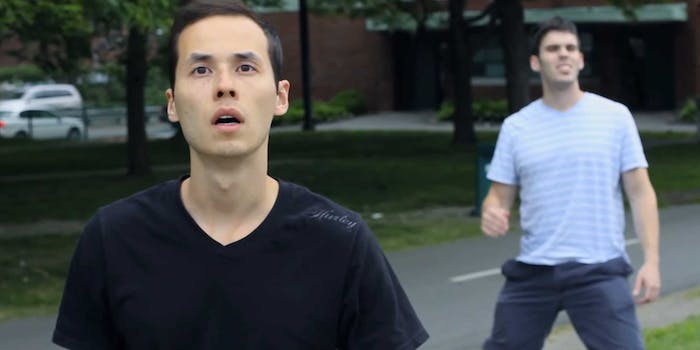 A massive shadow darkened the Earth that day.

If you think about it, the Universal Studios intro is nothing but a really short horror movie.

The Universal logo has changed its look multiple times in the past 100 years, but it’s always had the same concept: a zoomed-out look at the earth with the words “Universal Studios” in front of it.  Sometimes it’ll back towards the planet, but for the most part, it orbits around the earth similarly to the moon.

When we see the logo, we never think anything of it— we certainly don’t run away in terror. But what if that intro sequence occurred in real life?

With a logo big enough large enough to cover a good portion of the Earth, it’s bound to block the sun and cast a shadow.

A couple of friends playing an intense game of Scrabble notice it first, and then another person tanning is inconvenienced by the lack of sun.

After that, it’s mass chaos. And it’s not just the shadow. Everyone on Earth can hear the ominous music playing with the logo. And they start running, although they’re not sure what from.

Luckily, someone on the outside can see what caused the massive shadow—even if he’s not sure what to do about it.

Just grab the popcorn and enjoy.