Abigail Fisher and the irrelevance of affirmative action

In this series, Unconstructive Criticism, literary theorist and social critic Walter Benn Michaels takes on a subject that's making the rounds on the Internet and tells us why both sides are wrong. This first piece in the series looks at what the SAT-shaming of Abigail Fisher means for how we think about race online.

In this Daily Dot Opinion series, Unconstructive Criticism, literary theorist and social critic Walter Benn Michaels takes on a subject that’s making the rounds on the Internet and tells us why both sides are wrong.

It’s no wonder that in the midst of election coverage the fact that a major affirmative action case is being argued in the Supreme Court hasn’t gotten as much major media attention as it should. But the Internet has noticed. And what’s more, it’s taking it personally. In Fisher v University of Texas Board of Trustees, Abigail Fisher is claiming to have been discriminated against when she was rejected from UT back in 2008.

The online response has underscored a disappointing but not exactly surprising truth about the Internet: how social justice online—obsessed with race and body image—just imports its concerns from the offline world, where race is recognized in ways that poverty isn’t and where wealth, whatever color it comes in, is celebrated.

In addition to the standard Reddit abuse Abigail Fisher is being subjected to (“DUMB BITTER BITCH,” wrote one user), there’s a lot of complaining about her “ignorance and entitlement,” her “complete inability to take responsibility for her own life” and, especially, her SAT scores.

At Jezebel, for example, where slut-shaming and fat-shaming are hanging offenses, SAT- shaming (“the girl leading the anti-affirmative action supreme court case had shitty SAT scores”) is apparently not a problem. The almost universal complaint is that with only an 1180 score, she just wasn’t, as Melissa Harris-Perry indignantly said, “good enough.”

In 2008, for example, a score of 1180 on the reading and math sections said you’d do pretty well in your first year of college and that your mom and dad were making between $120K and $140K. So, given that Fisher comes from Sugar Land county in Texas, where the median household income is the 15th highest in the country, she’s probably just about average, economically speaking. But elite universities don’t want the average rich kids, they only want the really smart rich kids.

And they definitely don’t want the poor kids. In fact, even those who have fought hardest for affirmative action, like the University of Michigan (the victorious defendants in Grutter v Bollinger, which Fisher is seeking to overturn), begin to look more like finishing schools from this perspective, turning the entitled into the credentialed. About 60% of the University of Michigan’s 2008 first year class came from families making over $100K; 14.2% came from families earning under $50,000, which was in fact about the median household income in Michigan that year. So when every college webpage trumpets their commitment to diversity, what they mainly mean is race, not class.

In a somewhat more interesting turn for Internet chatter on affirmative action, this fact is not going entirely unnoticed. Some affirmative action critics online complain that “Poor Students are the real Victims of College Discrimination” and message boards from Babycenter.com to Socialanxietysupport.com have been prompted to start debating the question of “Racism vs. Classism.”

At least in part, this is where the debate—online and off—really should be. In a society that has become almost unprecedentedly unequal  (the top 10% now have over 75% of all the wealth) the mere mention of class is a step up. But “racism vs classism” isn’t actually productive either. In fact, the worry about classism is a step back down.

From this standpoint—the standpoint of a more economically equal society—the debate over affirmative action is at best a fight over whether we want our overlords to be all white or to come in colors, like the trainees at Goldman Sachs.

The idea that we would become a more equal society if we just could figure out a way to end all forms of discrimination is a chimera, one that flourishes particularly strongly on the Internet. In this forum, insults tend to be the injuries people care most about. We’ve recreated the same old sins online, ignoring the true injustice, which is economic inequality. And maybe that isn’t surprising, given that the Internet is also dominated by rich people: 89% of people accessing the Internet via broadband at home earned $75,000 or more per year.

So not only would it do no good to end the SAT-shaming of people like Abigail Fisher (who, despite the burden of her whiteness, has apparently found a job as a financial analyst), it wouldn’t even do any good to end the fat-shaming that the Jezzies so passionately (and rightly!) abhor. Weight discrimination almost certainly is a thing, and it may even be, as Rebekah M Puhl, the Director of Research and Weight Stigma at the Rudd Center for Food Policy and Obesity at Yale, says, “a very serious social problem.”

It’s also exactly the kind of problem that places like Yale and websites like Jezebel love—all about shame, all about stigma, and not at all about the redistribution of wealth. Indeed, as the gap between the rich and everyone else gets larger, it’s a striking fact that rather than re-thinking the centrality of anti-discrimination to our sense of social justice, on the Internet we’ve just  doubled down—not only do we want our rich people to be black and brown as well as white, we want some of them to be fat too. But the real problem is not that rich people are too white, or even too thin. It’s that they’re too rich. 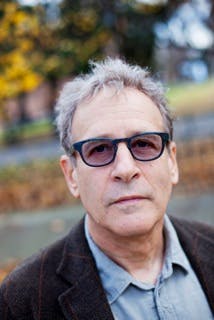 Walter Benn Michaels is Professor of American Literature and Literary Theory at the University of Illinois, Chicago. His books include The Gold Standard and the Logic of Naturalism; Our America; The Shape of the Signifier; and The Trouble with Diversity: How We Learned to Love Identity and Ignore Inequality. Recent articles—some on literature, some on photography, and some on politics—have appeared in such journals as PMLA, New Labor Forum, and Le Monde diplomatique.

Photograph by Luke Sharrett, via Statesman.com