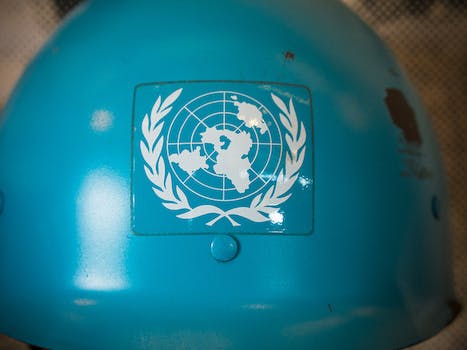 A few theories as to why the United Nations was following "big busty star" Penelope Black Diamond.

The United Nations is pretty picky about who it follows on Twitter. Although the global organization has nearly 1.5 million followers, it only follows 536. Among them are the World Health Organization, Bill Gates, and former British Prime Minister Gordon Brown.

It was a huge mistake

The most likely, and most boring reason. Maybe someone clicked on the follow button on her profile by accident after one of her tweets popped up in a search. It’s a logical turn of events.

The U.N. used an auto-follow tool

There exist myriad tools dedicated to automatically following people who follow your account, or use a certain term in one of their tweets. While it’s entirely possible Black Diamond used a certain word or phrase to trigger the U.N. into following her, it seems unlikely the U.N. uses such a tool. It only follows 536 people, and would likely have many more followees if it used such such software. It’s also very unlikely an auto-follow tool was used to follow back those who opted to follow the U.N.: Penelope Black Diamond does not follow the account. How embarrassing.

It was helping out the European Union

Maybe, just maybe, the notorious Twitter unfollowing bug (where it would erroneously unfollow accounts on your behalf) flipped on its head and added the U.N. to Black Diamond’s list of followers without either side knowing.

A few years back, a Twitter bug allowed anyone to force another Twitter account into following them. For instance, I made Oprah Winfrey follow me for a few minutes before the bug was stamped out. Perhaps Twitter didn’t get around to restoring the U.N,’s legitimate list of people it was following after Black Diamond maybe possibly took advantage of the bug. As this bug was squashed years ago, though, this theory seems unlikely.

Black Diamond used to be someone else

It’s simple to switch the username, display name, and profile of a Twitter account, bringing your followers along for the ride. It’s a trick occasionally used by people who run parody accounts reacting to a certain event: delete your existing tweets, change your username, profile photo, and bio, and presto! You already have an audience with which you can share bad jokes and ads.

In all likelihood, someone at the U.N. was merely checking out a titillating Twitter account and hit the follow button by mistake. If the U.N. investigates how this happened, surely the perpetrator will be hoping they have diplomatic immunity.