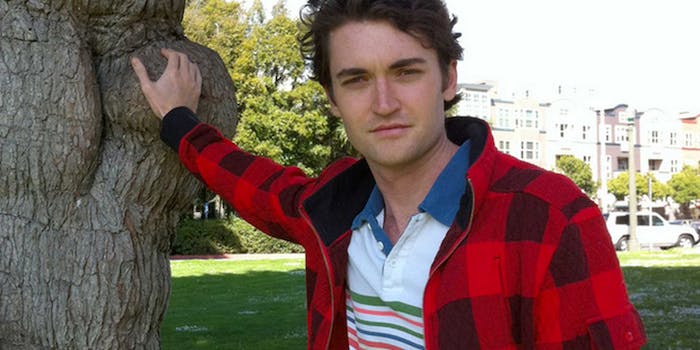 He now has a few months to organize a defense.

Nine months after he was first arrested as the alleged mastermind behind the Deep Web black market known as Silk Road, Ross Ulbricht is finally able to use a computer again.

“That’s not a lot of time to sift through all this information,” Lyn Ulbricht said. “That’s what he does most of the day now.”

Ulbricht, who is currently being held in Brooklyn, N.Y., is allowed access to the evidence on a laptop only in a special room under surveillance of prison guards. He spends as many hours every day in that room as possible, his mother said, even as the only chair available to him causes him back pain.

Before he was allowed access to the troves of evidence against him, Ulbricht was stuck in solitary confinement in San Francisco and in separate housing for violent inmates in New York.

This is a man with no priors,” Ulbricht’s mother said. “No record of violence whatsoever and these are the conditions they put him under. Since then he’s been in the general population and, in fact, has been a very positive influence. He had a yoga class, he’s conducted a physics class. He’s been a model prisoner while awaiting the opportunity to review the evidence the government claims it has.”

Ulbricht’s mother, who has been campaigning for financial and idealogical support for her son ever since he was arrested in October 2013, described an ordeal in which guards would apparently forbid him from accessing the information “arbitrarily” with no reason behind the denial.

Ulbricht has gained over $130,000 in donations to his legal fund since last year’s arrest.

For a while he wasn’t getting fed at all, all day,” Lyn Ulbricht said. “It’s endless, seemingly, but he is preserving and wading through it.”