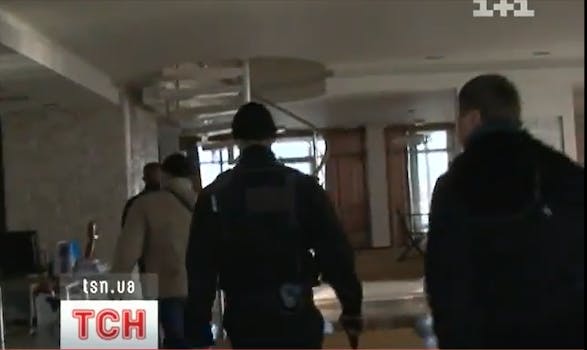 In Ukraine, the file-sharing service Ex.ua was seen by many as a necessity, helping level out the country's steep economic disparity.

Megaupload isn’t the only file sharing site to be shuttered by the Feds in recent days. On Tuesday, Ukranian authorities raided the offices of Ex.ua, the country’s largest file-sharing service, taking the company’s 16 employees in for questioning, confiscating 600 terabytes of data, and shutting down the site.

The raid was the final part of a six month criminal investigation spurred on by major American software companies, including Microsoft and Adobe, according the Ukranian site Watcher.

Prior to its closure Tuesday, Ex.ua was one of the most trafficked websites in the Ukraine, taking up 15-25 percent of all domestic bandwidth. Founded in 2009, the site allowed free downloads of files up to 50 gigabytes in size and made its revenue through ad sales, according to TorrentFreak.

As online reactions prove, the Ex.ua closure is particularly interesting. It sheds light on how international copyright enforcement affects the spread of knowledge—especially in countries where knowledge and media aren’t cheap

She added, “If we had good public libraries here in [the Ukraine], there’d be no need for ex.ua.”

The actual average monthly salary appears to be about $319, according to this government website, but Tara’s point still stands: In the Ukraine, access to knowledge appears to be a luxury for the wealthy.

That’s even more true now that Ex.ua is gone.