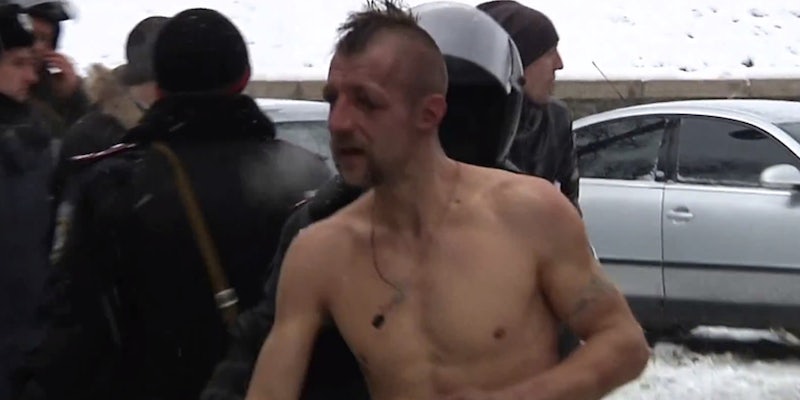 A video uploaded Thursday shows riot police forcing a man, wearing nothing but shoes on his feet, a chain around his neck, and deep purple bruises scattered around his body, to pose for a picture before putting him in a paddy wagon.

It wasn’t possible to immediately verify who shot the video, or where it was shot, as the protests have erupted all over the country. But it’s safe to assume it was far too cold to be detained outside without clothes: weather in the capital city of Kiev, for instance, hasn’t seen temperatures go above 17 degrees since Sunday.

An outpouring of Ukrainians have demonstrated their government, in particular president Viktor Yanukovych, since early December. But they’ve recently taken a far more violent turn: the Ukrainian government admitted at least three protesters were killed Wednesday, including two shot by police in protests. 300 more were wounded.

Be warned: the video is graphic.