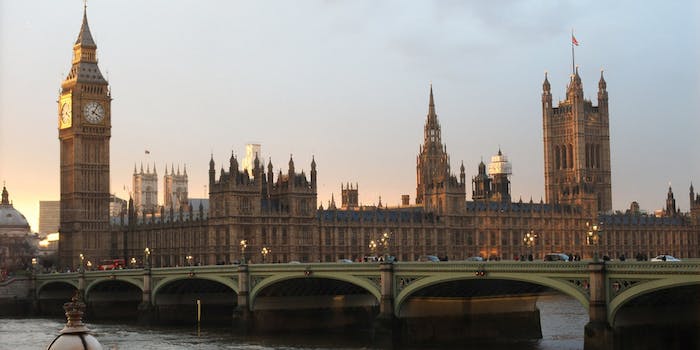 In Britain, you may no longer own your Instagram photos

Content theft is about to become a major issue in the U.K. Here's why.

The U.K.’s Enterprise and Regulatory Reform Act passed parliament and last week received Royal Assent to become a law, according to The Register.

“The Act,” explains The Register’s Andrew Orlowski, “contains changes to U.K. copyright law which permit the commercial exploitation of images where information identifying the owner is missing, so-called ‘orphan works,’ by placing the work into what’s known as ‘extended collective licensing” schemes.’”

Since the overwhelming majority of photos online do not have that identifying information, being neither marked nor retaining metadata in most cases, a company or individual can claim it as an orphan, after making a cursory search (technically a “diligent search”) to match the photo to an owner. They will subsequently be able to sublicense it.

So if you take a picture of, say a riot or a kitty, a media company can steal it, use it online and in print, sell subscriptions and advertising against it, then sell it multiple time to other media companies, without crediting you and without giving you one red pence.

Your only alternative to being the constant victim of legalized theft is to register every single photo. The problem with that, in addition to the cost in time lost, is that there is a grand total of one registry available that you can use, PLUS. The bill was rushed through at such speed and with so little comment that no other registry in the country was able to get themselves set up to accommodate the law.

The Enterprise and Regulatory Reform Act is likely to put British photographers, professional or otherwise, at a disadvantage compared to those outside the U.K. It is also possible that the courts will see a significant increase in lawsuits against those who take “orphaned” works, asserting that the “diligent search” was instead a cursory one.

The key may be whether the big companies that make off with what most other countries still consider private property make more money that way than the country as a whole loses from the law.

Additionally, the Berne Convention for the Protection of Literary and Artistic Works, whose signatories include most of the world’s countries, are required by law to recognize the makers’ rights of ownership for works such as posted photos in a way this new law skirts. How the Berne Union countries will respond to British products using photos obtained according to this new law is uncertain.