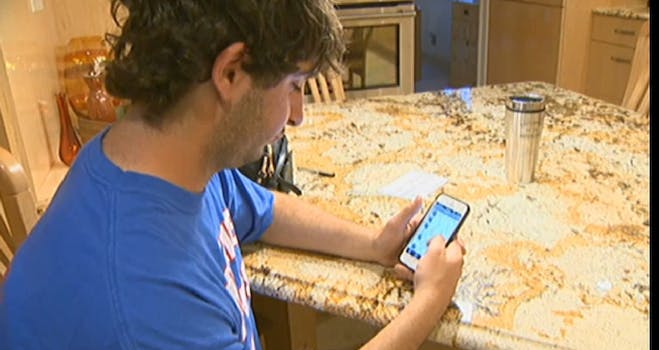 UCLA applicant Twitter-spams his way to an acceptance letter

A high school student impatient to hear whether he'd been accepted to University of California, Los Angeles, started bugging the school on Twitter.

A high school student impatient to hear whether he’d been accepted to University of California, Los Angeles, started bugging the school on Twitter.

Bernie Zak, 18, found out last month he was on the waiting list. The final decision would be made June 1. He couldn’t wait that long, he told the Boston Globe. So he started sending the school reasons they should recruit him

Zak, a student at Brookline High School in Brookline, Mass., fell in love with UCLA on a campus tour and said it was his top choice because of the university’s mix of high academic standards, strong community, and good sports programs.

His sister Elana, a social media producer at the Wall Street Journal, helped him come up with a plan to convince UCLA he should be a student there. The Twitter campaign had a hashtag, because that’s how things are done these days.

A poignant message the day after the Boston Marathon bombings stood out.

Reason #50 @ucla should accept @berniezak: Every school NEEDS a 5’8″ center on their basketball team. #ACCEPTBERNIEUCLA

Reason #46 @ucla should accept @berniezak: He can only learn in the sunlight. #AcceptBernieUCLA

Reason #34 @ucla should accept @berniezak: he looks like @davidhasselhoff when he runs down Santa Monica beach #AcceptBernieUCLA

#43 @ucla should accept @berniezak: He is born and raised #BostonStrong #AcceptBernieUCLA

A few weeks after starting his campaign, the UCLA student paper caught wind and wrote about it. On April 29, he found out he’d been officially accepted.

A UCLA spokesman said the school was aware of Zak’s Twitter efforts, but insisted a “Twitter campaign by any student would have absolutely no influence on our admittance ­decision.” Students can provide an additional essay or updated grades, however.

Zak does think #ACCEPTBERNIEUCLA had an impact, since he found out about his acceptance long before the university said it would tell him.

That’s a fair point. Perhaps the UCLA spokesman only publicly dismissed the campaign to stop others from clogging up the school’s Twitter mentions with really annoying copycat campaigns.

On that note, what are the chances that Zak was going to get accepted anyway and UCLA wanted him to stop bugging it? He’s clearly smart, so the odds are high.