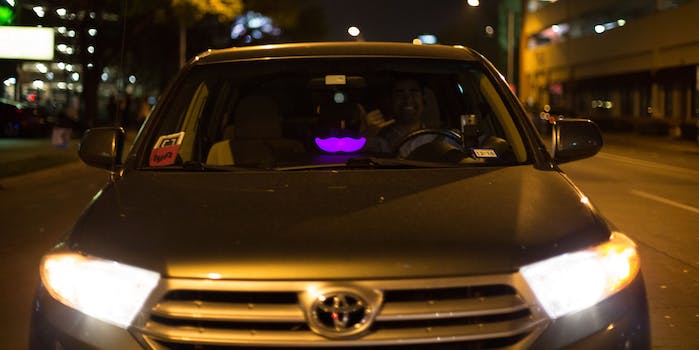 Adding biometric authentication factors can add a greater level of transparency to ride-hailing.

Uber is now the world’s largest taxi company. Lyft, another peer-to-peer ride sharing service, is running a close second in the U.S. Naturally, the rapid growth of both companies has surfaced questions about trust and safety for riders, particularly in relation to taxis. To understand the debate in a structured manner, taxis and the ridesharing apps can be examined in terms of the rigor and controls associated with driver onboarding and background checks, the strength of the credentials issued to registered drivers, and the feedback mechanisms available to consumers in the event that something goes wrong.

The truth is that the narrative about the relative safety of Uber and Lyft versus Taxis is largely anecdotal. Police departments do not routinely collect data about the number of assaults, sexual or otherwise, that occur in taxis. As a result, it is almost impossible to know if the probability of being assaulted, sexually or otherwise, in an Uber or Lyft is in fact demonstrably greater than the risk of being attacked in a taxi. While sexual assault incidents (like this one that occurred during an Uber ride in Washington, D.C.) are frightening, there are also equally horrible reports of sexual assaults related to taxis (like this one that occurred during a taxi ride in Washington, D.C.). To have a more informed discussion, governments would be well-advised to begin collecting data in a structured manner so that reported crimes can be broken down to determine whether taxis or ridesharing apps were involved.

Despite the absence of apples-to-apples crime data, Uber and Lyft’s rapid growth illustrates that they have successfully tapped into a deep, and previously unmet, reservoir of customer demand that the taxi industry did not adequately meet. And the externalities related to this growth are not merely related to customer convenience: Police in Austin, Texas reported a 12-percent drop in the number of DUIs reported after Uber and Lyft began to service that market (Uber and Lyft claimed the figure was 23 percent). In this respect, the positive impact of Uber and Lyft is not in question.

When it comes to background screening, taxi drivers undergo a much more rigorous, in-person background screening process to get credentialed. San Francisco has a nine-step process that takes weeks to complete and includes drug testing and a fingerprint-initiated background check process against the FBI’s database. If approved, a taxi driver will receive a card and a badge that riders can check to ensure that a screened driver is operating their vehicle.

The next step for Uber and Lyft is to continue to innovate on behalf of consumers.

By contrast, Uber and Lyft use an online onboarding process that can be completed in 48 hours via commercial background screening vendors that conduct checks against criminal databases at the federal, state, and county level. The FBI’s database is not necessarily complete, as law enforcement agencies across America must choose to voluntarily share information, but it is almost certainly more comprehensive than the criminal database checks performed by commercial vendors. Importantly, the FBI background check for taxi drivers also requires a fingerprint to ensure that the criminal history that is being checked is in fact the criminal history related to the unique individual applying for a taxi permit.

The key weakness for the ridesharing apps is that even if a criminal history comes back clean for a new driver, the limitations in the data coverage of the criminal background check database, and a relative lack of certainty that the enrolling driver is the same person as the identity that that is being screened, is a significant issue. There are four companies (AthenaHealth, ID.me, Symantec, and Verizon) in the United States that the federal government has approved at the highest level possible for remote identity verification that can assist with this problem, but Uber and Lyft do not use them for legal identity verification today. (Disclosure: I’m the co-founder and CEO of ID.me.)

But where Uber and Lyft’s initial screening falls short, the presence of their efficient rider feedback mechanisms gives them a considerable advantage over traditional taxi driver.

As an Uber and Lyft driver complete more rides and gain more ratings by passengers, the reputation of that driver becomes visible and better understood because the behavior of the driver is codified by more and more observations from riders.

Additionally, Uber and Lyft are known to cut off access to the app for drivers that fall below a certain average rider rating. Since taxis do not have a similar mechanism, there’s less incentive to create and maintain positive experiences, whereas trust in the reputation of Uber and Lyft drivers increases more and more. In effect, the relative safety of Uber or Lyft versus taxis may very well vary from ride to ride depending on the tenure of the driver with the ridesharing app.

The corollary of this point is that over time Uber and Lyft become more and more trusted relative to taxis. The longer Uber and Lyft are in existence, the greater the volume of tenured drivers that exist on the app, and therefore, the higher the trust in the driver pool as a whole for Uber and Lyft. This effect is analogous to a service like eBay where power sellers with strong reputations built over a large number of transactions increase the overall level of trust in the eBay marketplace for buyers. Since taxi screenings are simply done at a single point in time and do not involve the riders in an efficient feedback loop, they do not reap the benefits of network effects.

Despite these network effects, Uber and Lyft have an important flaw in their model. It is relatively easy for a driver to share their Uber or Lyft account with another driver, who was not screened. Drivers have an incentive to do this because the car is the most expensive asset. If two or three people join together to keep the car in constant operation and to split the profits, then one person might join and allow the other two drivers to drive on their account. (This Gawker article goes into more detail on account sharing.)

A simple way to stop this practice is to enforce biometric enrollment and authentication for drivers. If Uber and Lyft drivers are required to sign into their app with facial recognition or Touch ID to ensure the authorized individual is driving prior to picking up account sharing, then account sharing can be eliminated immediately. The apps could easily require authentication after a certain amount of time or after a ride, randomly, to ensure the authorized driver doesn’t login and then turn the phone and the keys over to another individual.

Ultimately, the free market is the best arbiter of value creation. Uber is already valued at over $60 billion, an unfathomably large number for such a young company, and Lyft is valued at over $5 billion. Consumers have selected these services because the quality of their service far exceeds that they previously enjoyed from a stagnant taxi industry. The next step for Uber and Lyft is to continue to innovate on behalf of consumers. Increasing the accuracy and assurance in identity verification and adding biometric authentication factors as a mandatory requirement is a great place to start.

In the meantime, city governments should collect crime data that includes whether a crime occurred in a taxi, an Uber, or a Lyft, in order to have an informed, data-driven policy debate about the relative advantages and disadvantages of each service with respect to public trust and safety.

Blake Hall is the co-founder and CEO of ID.me, a digital identity network designed to empower consumers to prove their identity via digital channels while controlling how their personal data is shared. ID.me provides identity services to well-known companies including: Ford, Under Armour, Sears, Overstock.com, and Fanatics. In 2016, the United States Department of Veterans Affairs selected ID.me as a single sign on to verify a user’s legal identity for all VA applications.